admin
Subscribe to our channel! rupt.ly/subscribe
US Secretary of State Mike Pompeo urged the European countries to keep the pressure on Iran, while speaking at a press conference alongside Polish Foreign Minister Jacek Czaputowicz in Warsaw on Thursday.
"We think that we need more sanctions, more pressure on Iran. We think they give the Iranian people the opportunity to get what it is they so richly deserve. We think that denies the Iranian cleptocracy, the clerical leaders there, the wealth and resources they need to create so much destruction," he said.
He also stated: "We respect the sovereignty of every nation, they get to make their own decisions about their way forward, but the United States is determined to convince all nations of the world that it is in our collective best interest to deny the Ayatollah, the ayatollah and (Iranian) President (Hasan) Rouhani and (Iranian General) Qasem Soleimani the money that they need to fuel the world's largest state sponsor of terror."
The two leaders delivered a press conference at the US-hosted Middle East peace conference in Poland's capital.
The two-day-long Polish-US ministerial conference focused on peace and security in the Middle East and is expected to create six different committees which will in turn provide increased guidance on fighting terrorism, cyber security, the development of ballistic missiles, the protection of naval passages and human right issues.
Video ID: 20190214 045
Video on Demand:
Contact: [email protected]
Twitter:
Facebook: 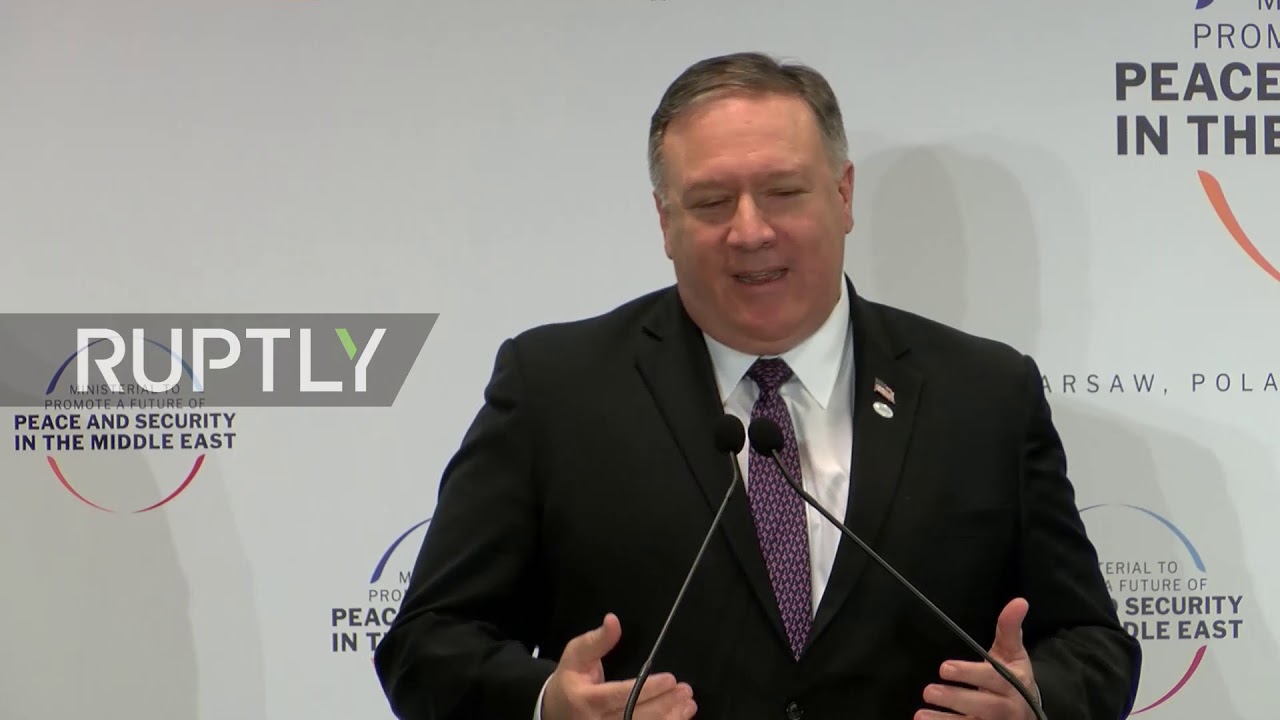 Subscribe to our channel! rupt.ly/subscribeUS Secretary of State Mike Pompeo urged the European countries to keep the pressure on Iran, while speaking...