Added 8 months ago by admin
23 Views
Subscribe to our channel! rupt.ly/subscribe
Hundreds of May Day protesters marched near the Malacanang presidential palace in Manila on Wednesday, setting alight a giant devil-like effigy mocking Philippine President Rodrigo Duterte, demanding that the government addresses labour issues, including the end of contractualisation for workers and a minimum wage increase.
Protesters flew flags, running in circles around the burning horned effigy adorned with the USA and Chinese flags. Secretary General of Kilusang Mayo Uno/May First Labor Movement (KMU), Jerome Adonis, said that "[the] Duterte administration is totally anti-worker, anti-people, because they deny the legitimate demands of the working class, working people."
International Workers' Day, also known as May Day or May 1, is marked by large demonstrations of workers and labour activists, who organise marches to campaign for improved labour conditions, and other social issues.
Video ID: 20190501-025
Video on Demand:
Contact: [email protected]
Twitter:
Facebook: 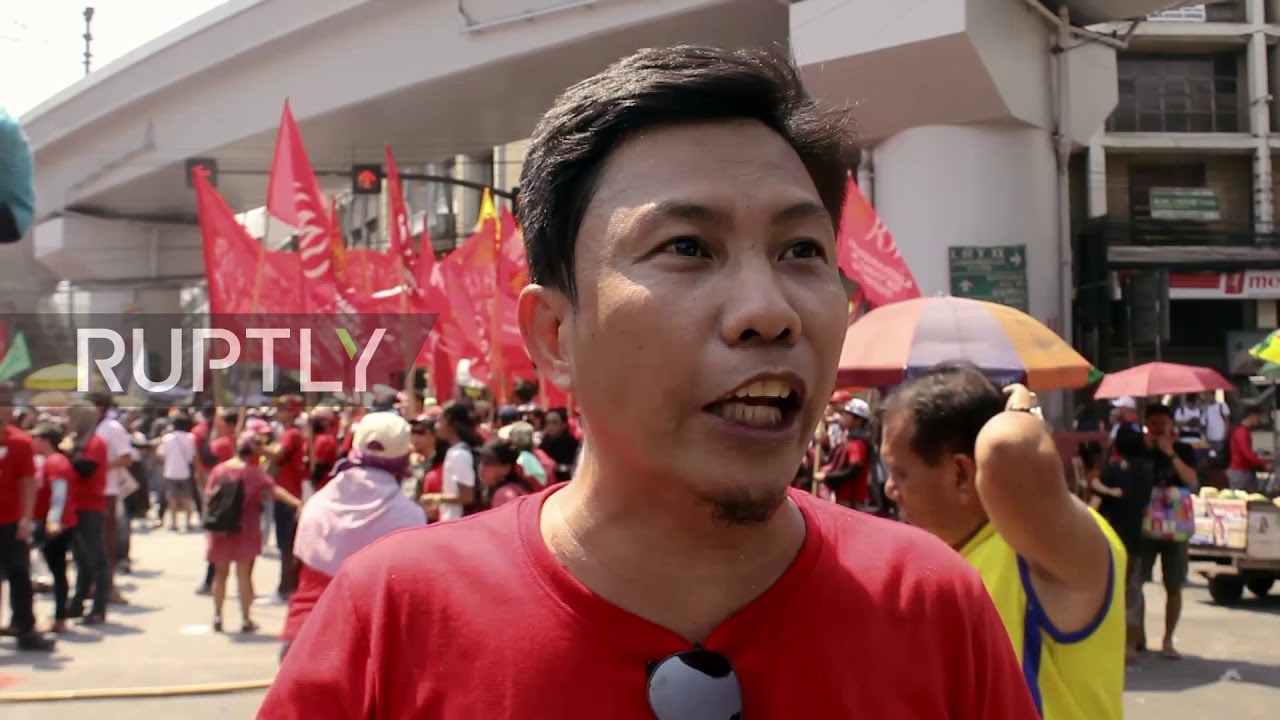 Subscribe to our channel! rupt.ly/subscribeHundreds of May Day protesters marched near the Malacanang presidential palace in Manila on Wednesday, sett...