admin
Subscribe to our channel! rupt.ly/subscribe
Protesters flooded the Commonwealth Avenue in Manila, where they burned an effigy of Filipino President Rodrigo Duterte depicted as a sea creature, on the occasion of his fourth State of the Nation Address (SONA) on Monday. The demonstration took place near the House of Representatives where the speech was held.
Protesters expressed their opposition to Duterte with effigies, banners and chants. A protester was seen with a sign reading "Duterte's SONA, fake news."
A demonstrator was wearing a t-shirt that read "Anti-China Movement" on the back. An octopus effigy with a Chinese flag on its hat and model boats were also spotted, as protesters were deploring the government's relations with China.
On June 9, a Filipino fishing boat was rammed into by a Chinese vessel, leaving 22 fishermen at sea. Duterte was criticised for downplaying the incident, in the light of the 'fishing deal' that he agreed on with his Chinese counterpart Xi Jinping, which allows Chinese fishers to operate in the West Philippine Sea, in Philippine's exclusive economic zone (EEZ).
Video ID: 20190722 036
Video on Demand:
Contact: [email protected]
Twitter:
Facebook: 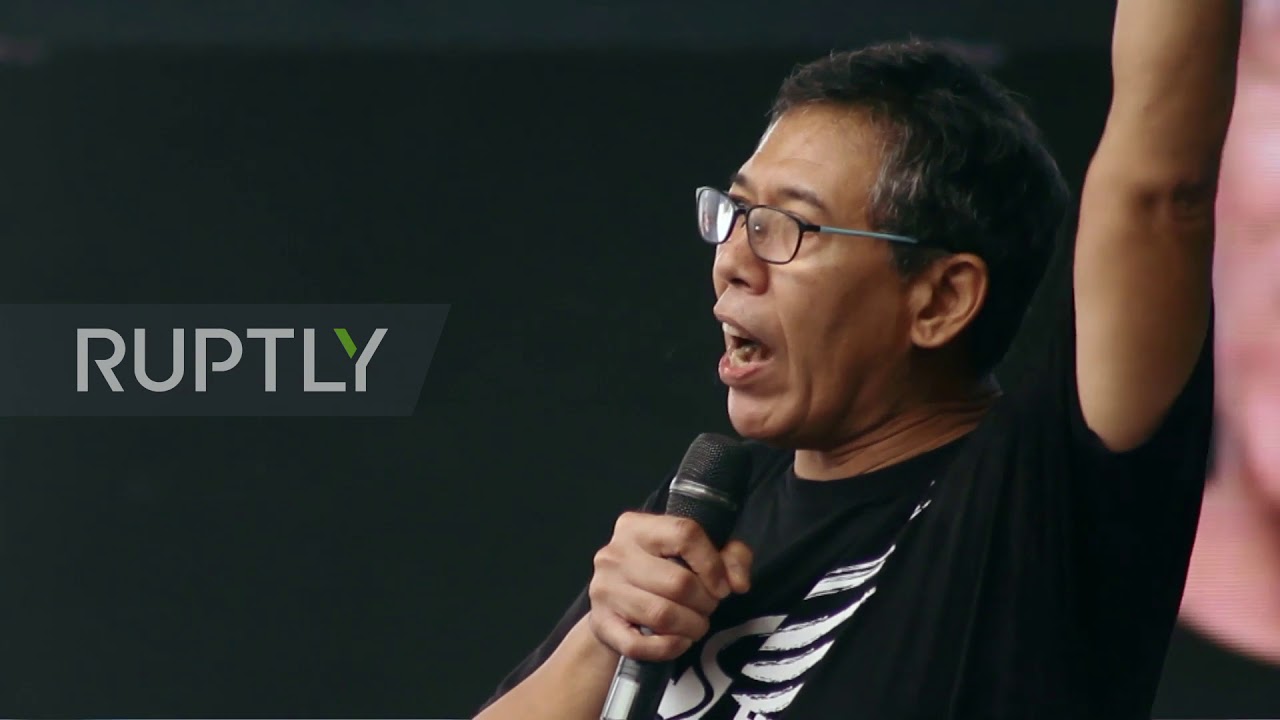 Subscribe to our channel! rupt.ly/subscribeProtesters flooded the Commonwealth Avenue in Manila, where they burned an effigy of Filipino President Rod...