Added 1 month ago by admin
19 Views
Subscribe to our channel! rupt.ly/subscribe
MANDATORY CREDIT: PETA ASIA
Animals, including horses, dogs, and cows, were rescued from the evacuation area around the Taal Volcano by members of the People for the Ethical Treatment of Animals (PETA) group on Wednesday, despite a lockdown imposed by Batangas province authorities.
On Tuesday, the Provincial Disaster Risk Reduction and Management Office (PDRRMO) announced it will no longer evacuate the horses and that animal rescuers are not allowed to go to the island.
Unfortunately, according to the Philippine Animal Welfare Society (PAWS), only 30 out of the estimated 3,000 horses from around the vicinity of Taal volcano have been rescued so far.
The volcano, which has been erupting since Sunday, has sent columns of debris up to 14km (9 miles) into the sky, visible from the roadside.
An estimated 20,000 people have sought shelter in evacuation centres, although the real figure is thought to be higher with many choosing to stay with families. There are reports of people returning to their homes within the 17-km (10.5 miles) danger zone.
Video ID: 20200116-018
Video on Demand:
Contact: [email protected]
Twitter:
Facebook: 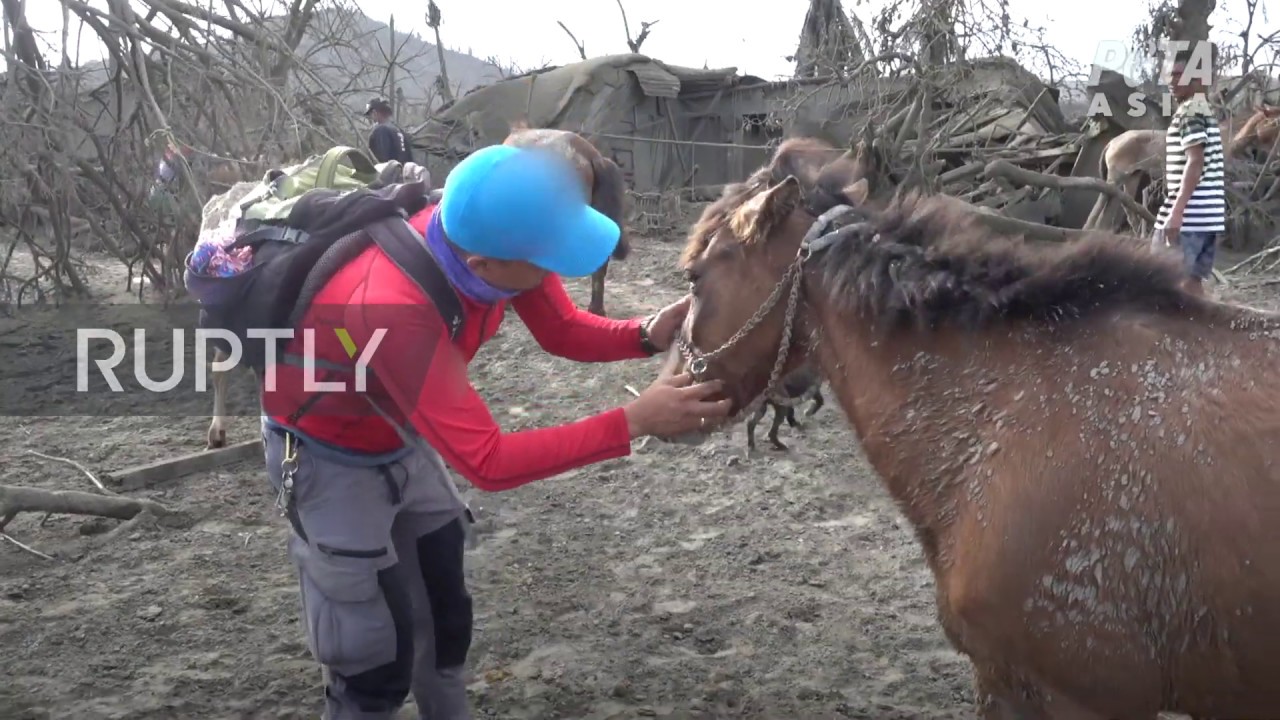 Subscribe to our channel! rupt.ly/subscribeMANDATORY CREDIT: PETA ASIAAnimals, including horses, dogs, and cows, were rescued from the evacuation area...