admin
Director Bong Joon-ho and actor Song Kang-ho discuss their 2019 film "Parasite" in a post-screening Q&A in MoMA's Contenders series.
Named by many as the “film of the year” and created by the possible “director of the century” (A. O. Scott), Bong Joon-ho’s Palme d’Or winner has already smashed box office records around the world. More importantly, it has laid bare in an utterly compelling (and often hilarious) manner the corrupt reality of late-stage capitalism. Focusing on the divisions and entanglements between two Korean families on opposite sides of the rich/poor divide, Parasite attempts—and lands—more tonal shifts than should be artistically possible in one film. The result is breathtaking, as is the modernist production design that sets the stage for perhaps the definitive cinematic parable of our time. Courtesy NEON.
Subscribe for our latest videos, and invitations to live events:
Explore our collection online:
Plan your visit in-person:
Commit to art and ideas. Support MoMA by becoming a member today:
The comments and opinions expressed in this video are those of the speaker alone, and do not represent the views of The Museum of Modern Art, its personnel, or any artist.
#Parasite #BongJoonHo #Oscars2020 #art #museumofmodernart #moma #museum #modernart 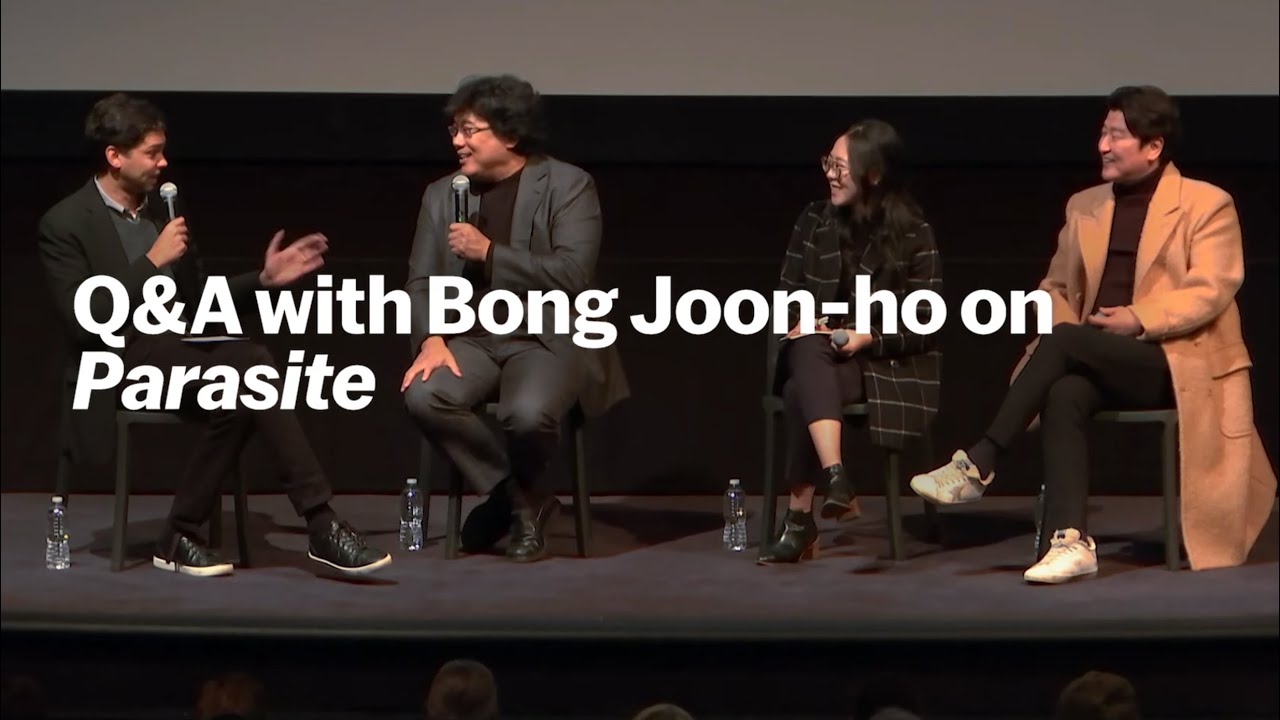 Director Bong Joon-ho and actor Song Kang-ho discuss their 2019 film "Parasite" in a post-screening Q&A in MoMA's Contenders series.Named by...