admin
Subscribe to our channel! rupt.ly/subscribe
Pakistan Minister of Foreign Affairs Shah Mehmood Qureshi said that the Pakistani government fears that India may carry out a false flag operation in Kashmir to implicate Pakistan and justify further military action, during a press conference in Islamabad on Thursday.
"How much longer will you keep 14 million Kashmiris as your slaves? Eventually you have to lift the curfew and when the curfew is lifted and people come out for protests and raise their voice for their rights and their truth, then what will you do? Will you crush them with your 900,000 strong military occupation?" stated the Pakistani Foreign Minister.
Qureshi also reported that European Union's High Representative Federica Morgherini expressed "serious concerns" that India's actions in Kashmir may interfere with the Afghanistan peace talks, with Qureshi responding that Pakistan was committed to the reconciliation and peace process in Afghanistan "in the past and today we are just as committed."
He also announced the continued closure of the Samjhauta Express, also known as the 'Friendship Express,' the only rail link between India and Pakistan. Qureshi however assured that the Kartarpur Corridor, set up to facilitate religious pilgrimage to Sikh holy sites within Pakistan for Sikh Indian citizens, will not be effected, adding that "we respect all religions and we don't want to become a barrier to the path of people to people contact."
On Monday, August 5, India's government ended Kashmir's special autonomy, cutting off all communication links within the country and to the external world, and suspending schools and colleges. Security forces were deployed in the streets to restrict public movement.
The move provoked harsh reactions in Pakistan, leading Islamabad's authorities to announce they would cut bilateral trade with India and expel the Indian ambassador.
Video ID: 20190808-040
Video on Demand:
Contact: [email protected]
Twitter:
Facebook: 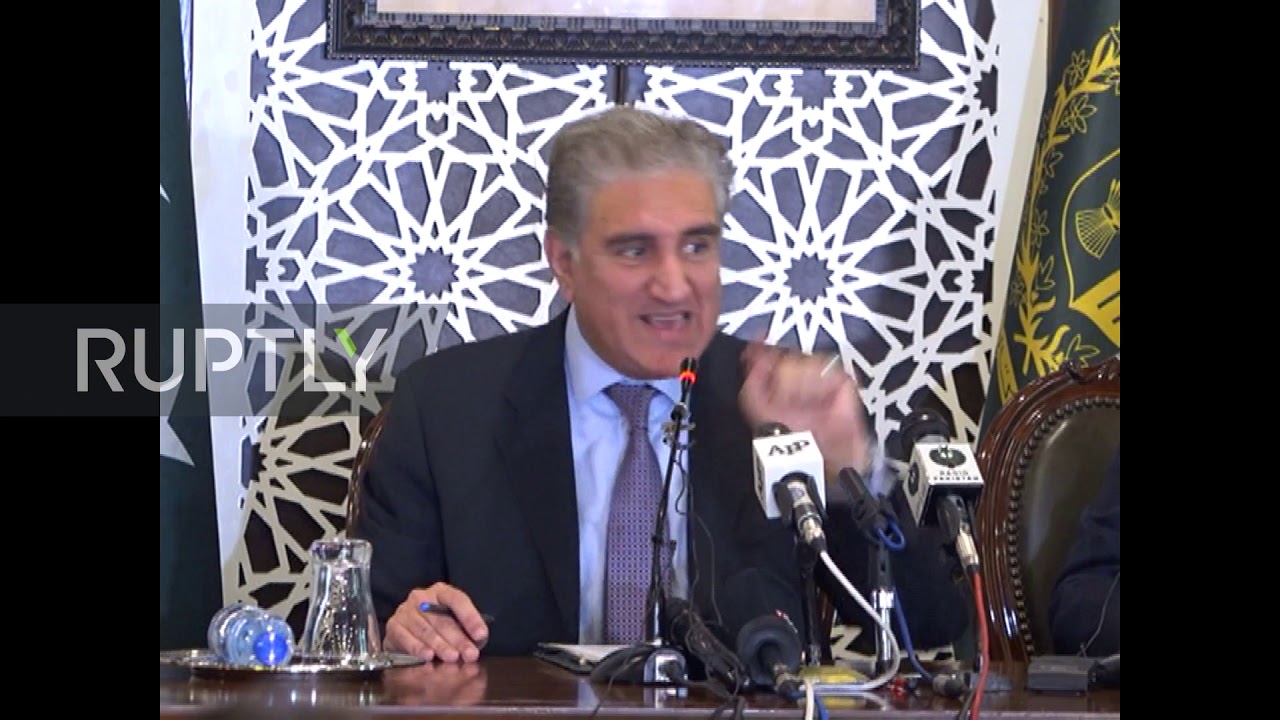 Subscribe to our channel! rupt.ly/subscribePakistan Minister of Foreign Affairs Shah Mehmood Qureshi said that the Pakistani government fears that Ind...