No legs, no excuses, no problem for Netflix star and Tokyo 2020 hopeful Zion Clark

Added 5 months ago by admin
33 Views
Subscribe to our channel! rupt.ly/subscribe
"I want that gold, man, I want that Olympic glory," said 22-year-old Zion Clark, a wrestler born without legs, during an interview filmed in Phoenix, Arizona on Saturday, August 17th.
The star of the eponymous Netflix release 'Zion', Clark only has one thing on his mind and he will do anything to achieve it - as he also shows in the gym on Saturday, August 31st.
"Don't come up to me and tell me that I can't do it," he says. "I'm really gearing to make the Olympic team for 2020 this coming year, that's all my sights are set on."
Clark was born in Columbus, Ohio with a condition known as caudal regression syndrome which halted the development of his lower body but as the tattoo on his back reads - 'No excuses.'
He was moved from foster home to foster home early on in his life and was only fully adopted aged 17, but found an escape in wrestling when he was just seven-years-old.
Fifteen years later and Clark is hoping to become the first person to ever compete at both the Paralympics and Olympics as he pursues his dream of Tokyo 2020 on the wrestling mat and on the race track.
You can donate to Zion's Go Fund Me here:
Video ID: 20190818-011
Video on Demand:
Contact: cd@ruptly.tv
Twitter:
Facebook:

No legs, no excuses, no problem for Netflix star and Tokyo 2020 hopeful Zion Clark 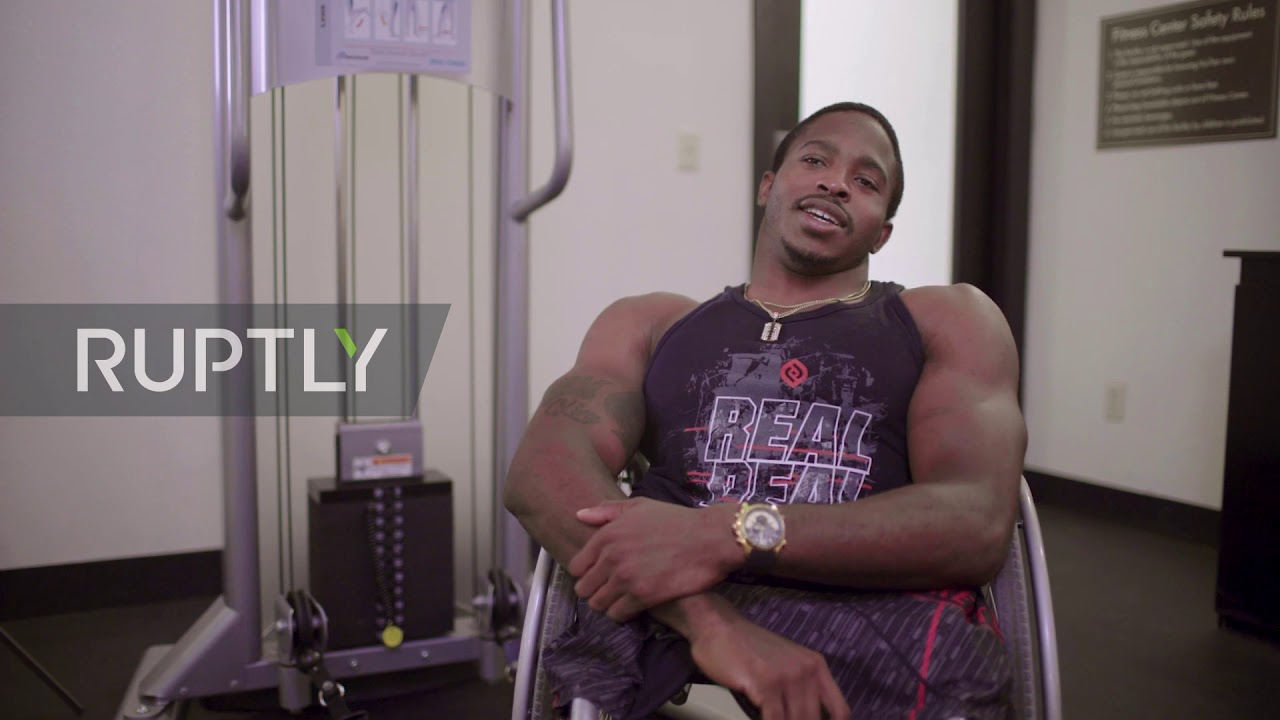