Added 8 months ago by admin
27 Views
Subscribe to our channel! rupt.ly/subscribe
Opposition supporters marked the release of 56 activists who led anti-government protests in Nicaragua at a service in Managua's Immaculate Conception Cathedral on Sunday.
Worshippers prayed and sang hymns, with many wearing the blue and white of Nicaraguan flag - a symbol of the movement.
Prior to the mass, protesters were preventing from marching by police, resulting in violent clashes.
The Catholic Church is widely seen as a mediator in the dispute, providing refuge to protesters and promoting dialogue.
Fifty-six protesters were released under a controversial amnesty law, which offers protection from prosecution to security forces as well as activists.
The majority of the group were student leaders at the forefront of anti-government protests which began in April 2018.
The opposition, which accuses against Nicaraguan President Daniel Ortega of being an autocrat, has said they will not stop campaigning until all of the more than 700 people arrested in connection with the anti-government protests are freed.
Video ID: 20190617-002
Video on Demand:
Contact: [email protected]
Twitter:
Facebook: 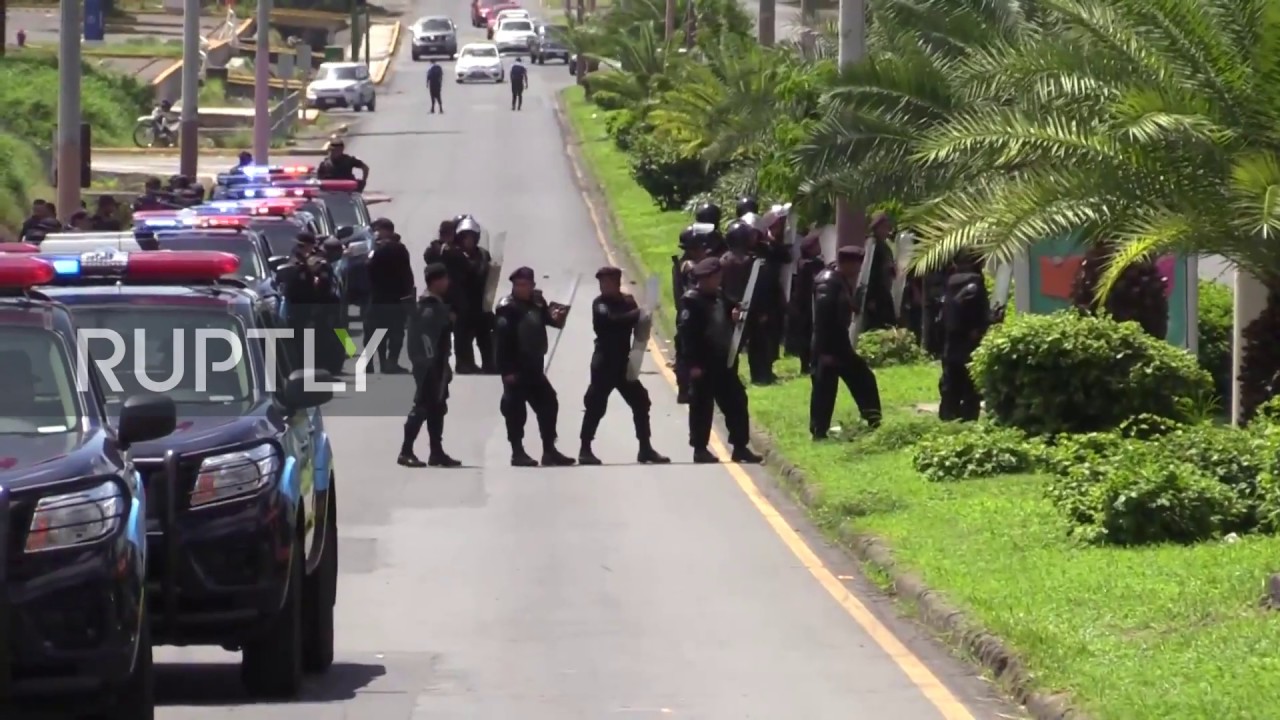 Subscribe to our channel! rupt.ly/subscribeOpposition supporters marked the release of 56 activists who led anti-government protests in Nicaragua at a...