Mary W. Jackson, the first African American female engineer at NASA, began her career with the agency in the segregated West Area Computing Unit of NASA’s Langley Research Center in Hampton, Virginia. The mathematician and aerospace engineer went on to lead programs influencing the hiring and promotion of women in NASA's science, technology, engineering, and mathematics careers. In 2019, she was awarded the Congressional Gold Medal posthumously.

In addition to unveiling a building sign with Jackson’s name, the event featured video tributes with reflections on Jackson’s career and legacy from current and former NASA employees and astronauts, celebrities, elected officials and others. 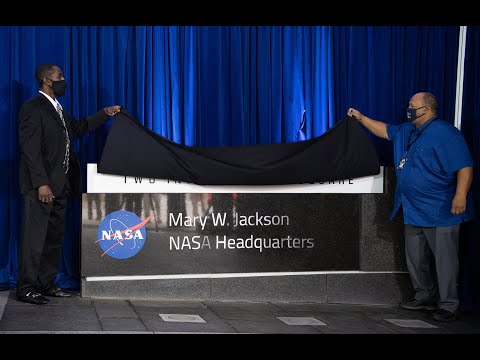 NASA paid tribute to a "Hidden Figure" by holding a ceremony officially naming the NASA Headquarters building in Washington, D.C. in honor o...