Mike Pompeo Getting FIRED Next?

admin
Is Mike Pompeo getting a second job? Ana Kasparian, Emma Vigeland, and John Iadarola, hosts of The Young Turks, break it down. MORE TYT:
Read more here:
"Just one day after President Donald Trump dismissed national security adviser John Bolton, administration officials are discussing the possibility of replacing Bolton with his chief rival, Secretary of State Mike Pompeo. Under this scenario, the country's top diplomat would absorb the national security adviser role and do both jobs, according to a senior administration official and a source familiar with the possibilities.
That would make Pompeo the second person in history to have both jobs at the same time. The first, Henry Kissinger, was already President Richard Nixon's national security adviser when he was appointed secretary of state in 1973, and filled both roles for two years.
It's unclear how seriously Trump is considering this possibility, and a source familiar with the process says that Pompeo has given the President a list of other names to consider. On Wednesday, when asked about his top picks to replace Bolton, the President said, "I have five people that want it very much... Five people that I consider very highly qualified, good people."
Hosts: Ana Kasparian, Emma Vigeland, John Iadarola
Cast: Ana Kasparian, Emma Vigeland, John Iadarola
***
The Largest Online News Show in the World. Hosted by Cenk Uygur and Ana Kasparian. LIVE STREAMING weekdays 6-8pm ET.
Subscribe to The Young Turks on YouTube:
TYT on Facebook:
TYT on Twitter:
TYT on Instagram:
Merch:
Donate to TYT
Download audio and video of the full two-hour show on-demand + the members-only postgame show by becoming a member at . Your membership supports the day to day operations and is vital for our continued success and growth.
Gift membership:
Producer, Senior Producer and Executive Producer membership:
Young Turk (n), 1. Young progressive or insurgent member of an institution, movement, or political party. 2. A young person who rebels against authority or societal expectations. (American Heritage Dictionary)
#TYT #TheYoungTurks #CenkUygur

Mike Pompeo Getting FIRED Next? 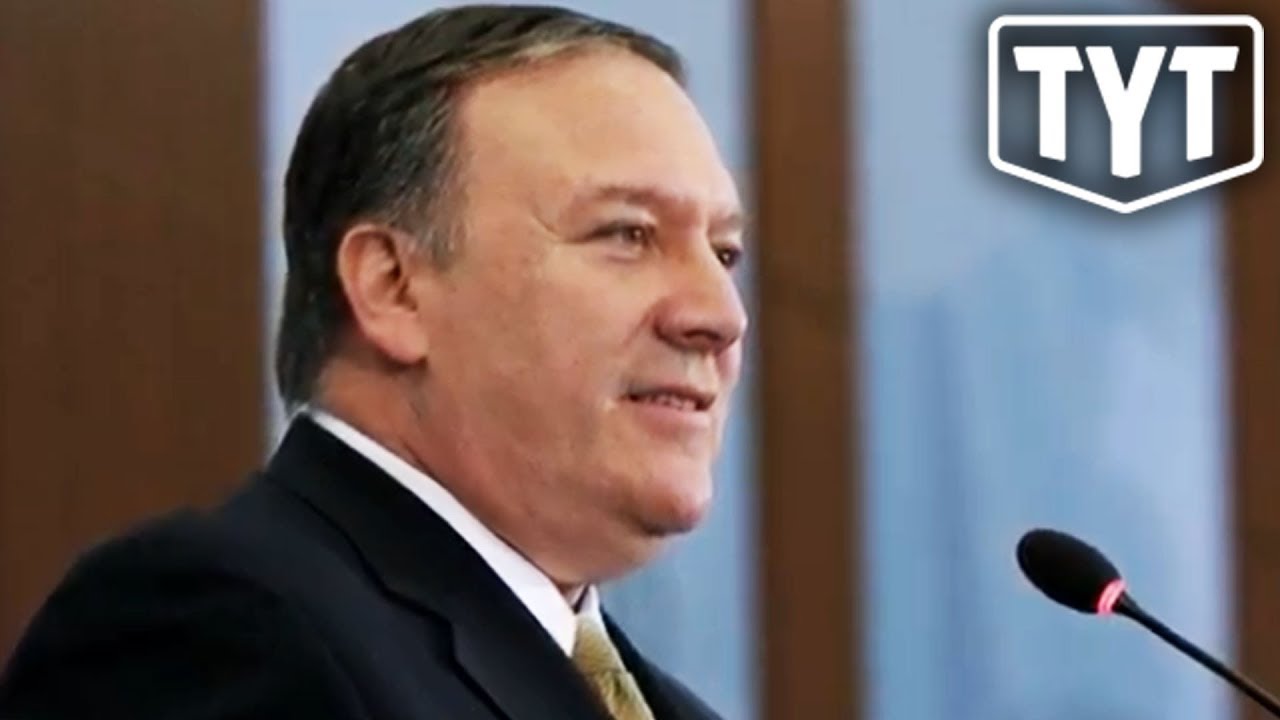 Is Mike Pompeo getting a second job? Ana Kasparian, Emma Vigeland, and John Iadarola, hosts of The Young Turks, break it down. MORE TYT: Read more her...