"When Vice President Mike Pence walked into the Mayo Clinic on Tuesday, he wasn't wearing a face mask.

Everyone else in the building was, according to reporters who were traveling with him. After all, it has been the policy at the renowned Rochester, Minnesota, facility since April 13. They even say they'll provide one.
Pence was told of the new rules before he visited, the clinic said on Twitter, a post that was subsequently deleted." 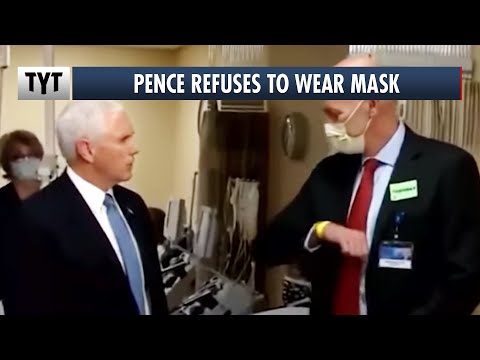