admin
Subscribe to our channel! rupt.ly/subscribe
MUSIC IN THE FILE MAY BE SUBJECT TO COPYRIGHT
Thousands of taxi drivers gathered in Mexico City on Monday to protest what they consider to be unfair competition by rideshare apps such as Uber.
Footage shows a sea of red taxi cars blocking the streets of the Mexican capital as protesters set up a stage for speeches.
"We've had enough of our governments continuing to fall captive to ambition and bow to the power of foreigners' money," said Ignacio Rodriguez, the movement's spokesperson, accusing politicians of defending the interests of foreign companies "in violation of our laws."
He added: "We are defending not only our sector but also the sovereignty of the nation because these companies threaten, every day, at all times, our laws."
Rideshare apps including Uber and Lift have been the target of taxi drivers' anger across many countries in recent years for taking advantage of loopholes to avoid licensing requirements and other regulations that taxis have to follow.
Note: Music in the file may be subject to copyright.
Video ID: 20191007-060
Video on Demand:
Contact: [email protected]
Twitter:
Facebook: 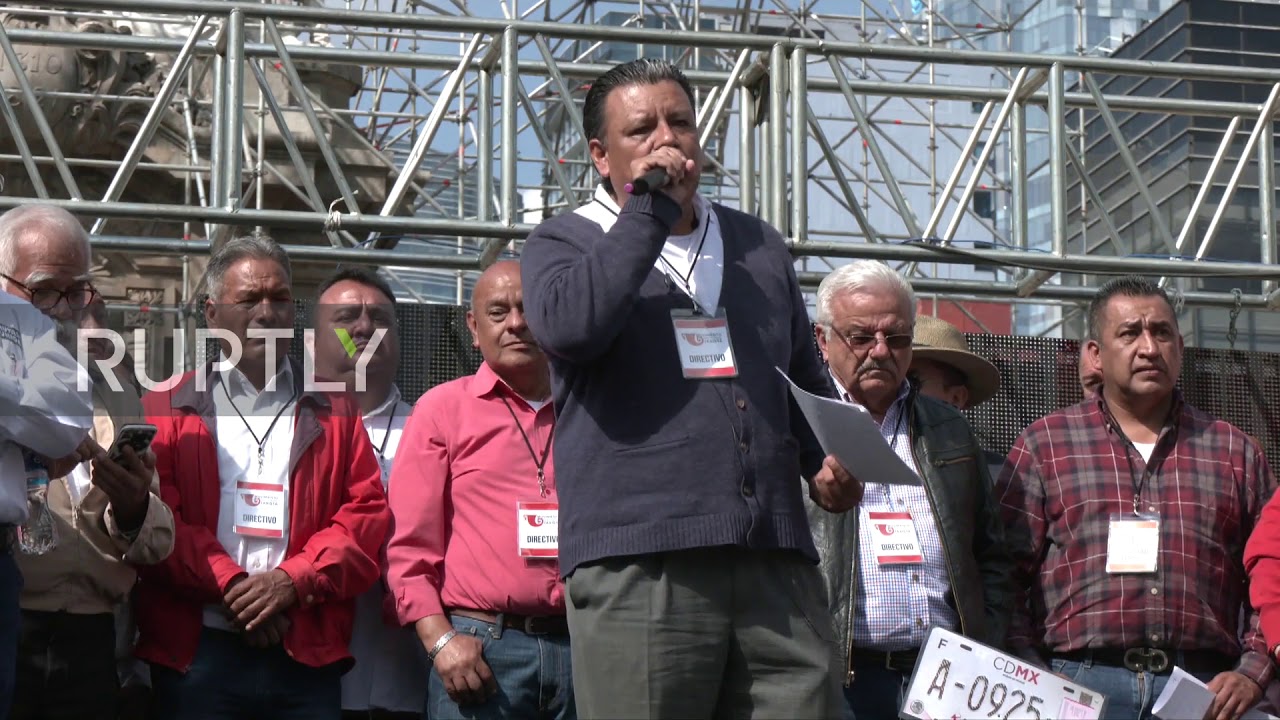 Subscribe to our channel! rupt.ly/subscribeMUSIC IN THE FILE MAY BE SUBJECT TO COPYRIGHTThousands of taxi drivers gathered in Mexico City on Monday to...