"Facebook CEO Mark Zuckerberg has called out Twitter for attaching a fact check to a tweet from President Trump, telling Fox News' Dana Perino that privately-owned digital platforms should not act as the "arbiter of truth."

"We have a different policy than, I think, Twitter on this," Zuckerberg told "The Daily Briefing" in an interview scheduled to air in full on Thursday.

"I just believe strongly that Facebook shouldn't be the arbiter of truth of everything that people say online," he added. "Private companies probably shouldn't be, especially these platform companies, shouldn't be in the position of doing that." 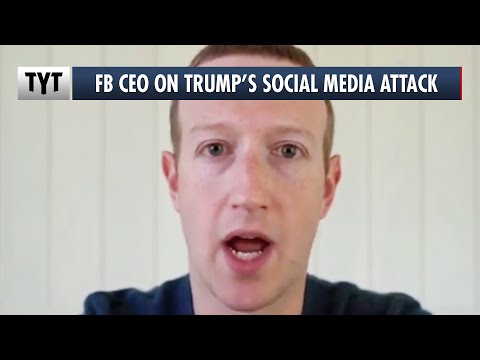 Mark Zuckerberg says Facebook is not the arbiter of truth. Cenk Uygur and Ana Kasparian discuss on The Young Turks. Keep Hope (and TYT) Alive: http://...