'Magic' Angle Graphene Is BACK...with an Even Bigger Twist

admin
Scientists have unveiled a whole new world of physics that could lead to the superconductors we've been waiting for.
» Subscribe to Seeker!
» Watch more Elements!
In 2018, the discovery of something called a “magic angle” in graphene wowed physicists everywhere.
Graphene is a single-atom thick layer of carbon that forms a hexagonal lattice pattern, and its atomic arrangement gives graphene certain exciting properties, like being more than 200 times stronger than steel, flexible, transparent, and highly conductive.
And that last property, the highly conductive one, was highlighted in 2018 when researchers put two layers of graphene on top of each other, and twisted them at exactly 1.1 degrees. They cooled the graphene structure to just above absolute zero, applied a strong electric field, and found that not only are these graphene bilayers highly conductive...they exhibit alternating areas of conductivity and insulation.
Meaning scientists saw graphene bilayers (with a twist) to behave like a superconductor. And the thing is, we don’t really know why.
And now, this year, while exploring the capabilities of this seemingly ‘magical’ twist further, scientists uncovered something that is arguably an even bigger deal.
An international team at the Institute of Photonic Science in Barcelona made what they call ‘magic-angle twisted bilayer graphene devices,’ by taking two stacks of graphene rotated at the magic angle, and using a mechanical squeezing process to eliminate impurities. This version of the experiment allowed researchers to see details they hadn’t before, like the device’s incredible versatility.
Find out more about how this magic angle graphene can act as an insulator, superconductor, or magnet on this Elements.
#Graphene #Superconductors #Physics #Science #Seeker #Elements
These Strange Metals Could Make Electronics Perfectly Efficient
Read More:
A Physics Magic Trick: Take 2 Sheets of Carbon and Twist

"'He’s the guy who’s done this the best,' Andrea Young, a physics professor at the University of California, Santa Barbara who was not involved in the research, said of Dr. Efetov and his collaborators. 'Somehow they have the magic touch.'"
Superconductivity: What Is It and Why It Matters to Our Future

"To get material into a superconductive state, the material has to be frozen to an extremely low temperature, sometimes to only a few degrees above absolute zero (-459.67 degrees Fahrenheit, -273.15 degrees Celsius). Then, for reasons that we still cannot explain, electrical resistance abruptly stops, and an electrical current can continue around a circuit seemingly forever."
Physicists Have Officially Smashed The Record For High-Temperature Superconductivity

"So-called room-temperature superconductivity, above 0 degrees Celsius, is something of a white whale for scientists. If it could be achieved, it would revolutionise electrical efficiency, vastly improving power grids, high-speed data transfer, and electrical motors, to name a few potential applications."
____________________
Elements is more than just a science show. It’s your science-loving best friend, tasked with keeping you updated and interested on all the compelling, innovative and groundbreaking science happening all around us. Join our passionate hosts as they help break down and present fascinating science, from quarks to quantum theory and beyond.
Seeker empowers the curious to understand the science shaping our world. We tell award-winning stories about the natural forces and groundbreaking innovations that impact our lives, our planet, and our universe.
Visit the Seeker website
Elements on Facebook
Subscribe now!
Seeker on Twitter
Seeker on Facebook
Seeker

'Magic' Angle Graphene Is BACK...with an Even Bigger Twist 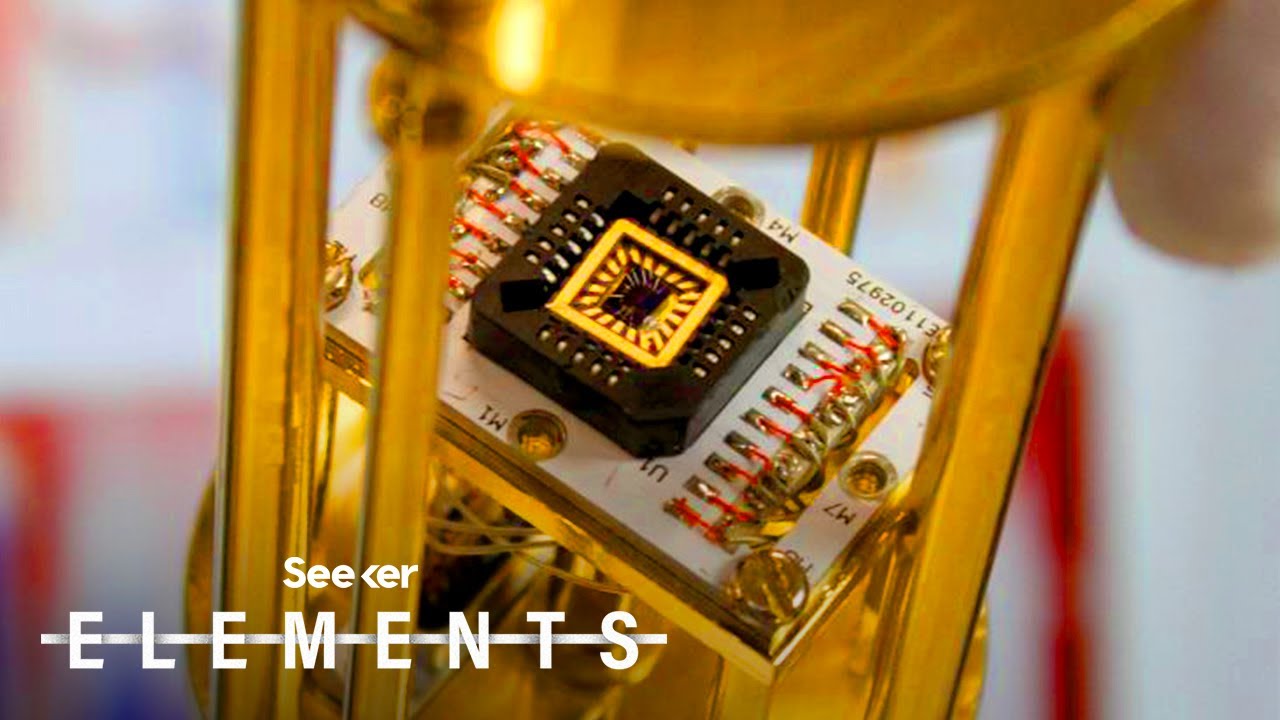 Scientists have unveiled a whole new world of physics that could lead to the superconductors we've been waiting for.» Subscribe to Seeker!» Watch more...