Added 3 months ago by admin
21 Views
Madrid protesters demand ‘freedom of political prisoners’ in Catalonia
The demonstration that brought together around 4,000 people to call for the "freedom of political prisoners" in Catalonia ended with police charges in the center of Madrid on Saturday.
The clashes, which began after a group tried to block the Gran Via, took place around the Plaza de Callao. According to reports, some protesters began throwing bottles at police, who responded by charging at people gathered at the scene. After the charges, the protesters threw chairs and street furniture at the officers.
According to the emergency services of Madrid, the riots resulted in a total of 13 injured, including 3 officers of the National Police.
The sentence of the ‘process’ provoked a wave of protests and riots that reaches its sixth consecutive day, leaving hundreds of injured and dozens of detainees. Most have taken place in Catalonia, although there have also been demonstrations in solidarity with Catalan political leaders in other cities such as Madrid and Valencia.
Subscribe to RT!
RT LIVE
Check out
Like us on Facebook
Follow us on VK
Follow us on Twitter
Follow us on Instagram
Follow us on Soundcloud
#RT (Russia Today) is a global #news network broadcasting from Moscow, London, Paris and Washington studios to over 100 countries. RT is the first news channel to break the 1 billion YouTube views benchmark. 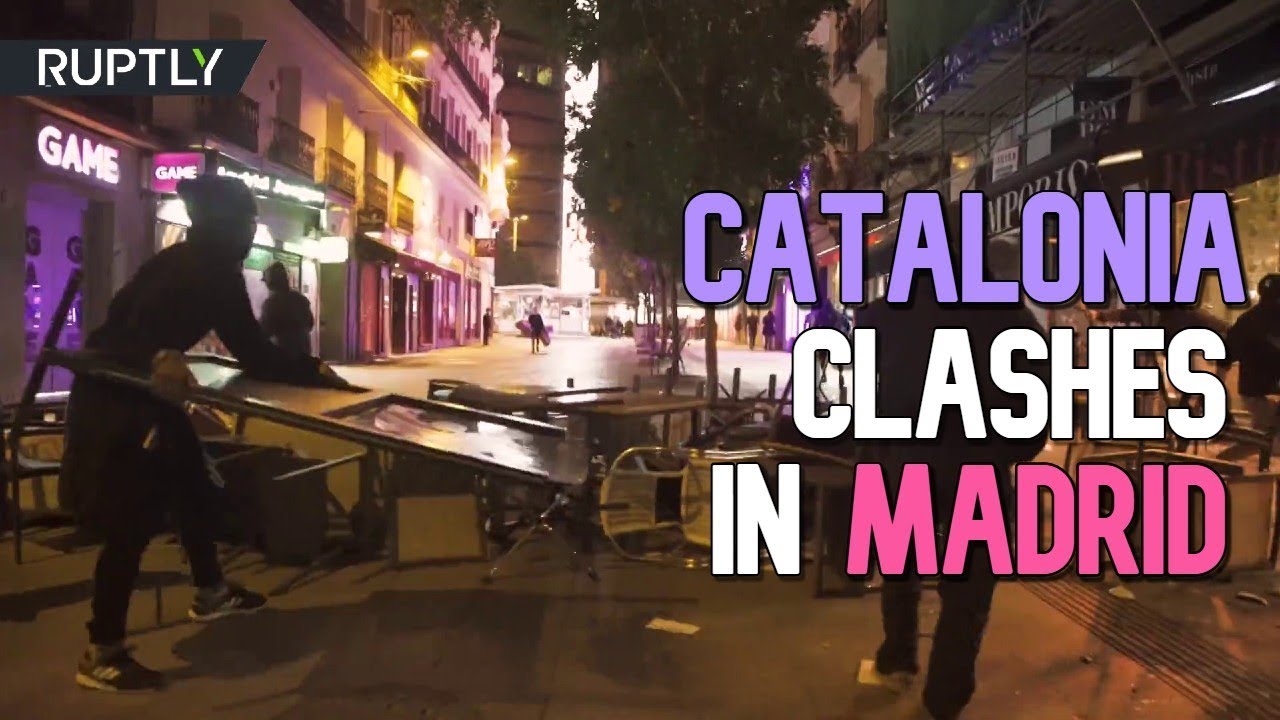 Madrid protesters demand ‘freedom of political prisoners’ in CataloniaThe demonstration that brought together around 4,000 people to call for the &quo...