Life on Other Planets May Need Radiation to Thrive, Here’s Why

ava
New research reveals that massive amounts of radioactive material might actually be essential for life outside our solar system.
» Subscribe to Seeker! http://bit.ly/subscribeseeker
» Watch more Elements! http://bit.ly/ElementsPlaylist
» Visit our shop at http://shop.seeker.com

Huge amounts of radioactive material might not be so bad for life, after all. In fact, new research suggests that it might be exactly what some planets need to host life.

Here on Earth, water facilitates all of the chemical reactions of life.

When searching for other life out in the universe, it’s long been thought that the absolute most important thing a planet needs is, well, something like water.

That means that we’ve also been looking for a planet that’s located within the ‘habitable zone’ of its star — meaning that it's not too close to fry in the heat of that star and have all its water sizzle off, and not so far that it’s left out in the cold with only frozen water. But new research turns this entire idea on its head.

A team used modeling to find that at a certain size and with a high enough level of radioactive decay, a planet might not need a star to make it habitable, after all. Maybe all a planet needs is an abundant supply of radionuclides to keep itself warm.

Radionuclides are isotopes, or different types of familiar-sounding elements like uranium, that are radioactive.

Find out more about the role radiation might play in life outside our solar system in this Elements.

Life Beyond the Habitable Zone
https://aasnova.org/2020/03/02/life-beyond-the-habitable-zone/
[W]e already know that habitable zones don’t tell the whole story. Plenty of planets that lie within their stars’ habitable zones aren’t livable — perhaps because they’re inhospitable gas giants, or because they have the wrong type of atmosphere, or because they’re routinely blasted by energetic stellar flares from their host.
Could the opposite be true as well, however? Could planets outside of a star’s habitable zone be capable of supporting life?

No star, no problem: Radioactivity could make otherwise frozen planets habitable
https://www.sciencemag.org/news/2020/04/no-star-no-problem-radioactivity-could-make-otherwise-frozen-planets-habitable
[R]esearchers have now proposed that some planets, particularly ones that form near the center of our Milky Way Galaxy, might possess enough of these radioactive isotopes to generate sufficient heat to keep their surfaces from freezing entirely solid. “That gives you the freedom to be anywhere,” says Avi Loeb, an astrophysicist at Harvard University and a co-author of the new study. “You don’t need to be close to a star.”

On the Habitable Lifetime of Terrestrial Worlds with High Radionuclide Abundances
https://arxiv.org/abs/1912.02862
One of the most widely used criteria for habitability is the existence of a suitable liquid solvent, based on which the concept of the habitable zone (HZ) was introduced. The HZ is defined as the region around the host star where liquid water can theoretically exist on the planet’s surface. It is, however, crucial to recognize that habitability is a broader concept than the HZ, implying that worlds outside the HZ may be habitable.

Life on Other Planets May Need Radiation to Thrive, Here’s Why 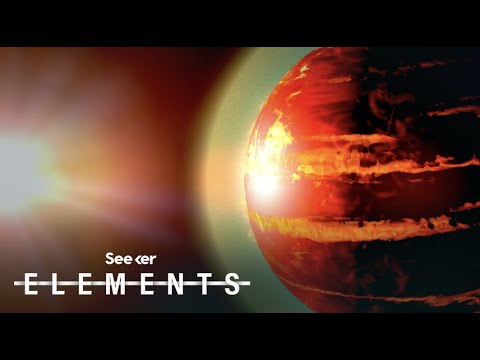 New research reveals that massive amounts of radioactive material might actually be essential for life outside our solar system. » Subscribe to Seeker...