Added 7 months ago by admin
8 Views
Subscribe to our channel! rupt.ly/subscribe
Retired military veterans hit the streets of central Beirut on Tuesday to protest against possible pension cuts. The demonstration took place during a Parliament session dedicated to the drafting of the 2019 state budget.
Protesters were seen with signs reading: "The draft budget is a continuation of squandering, stealing and corruption'' and ''You have stolen our dream of nation."
Sami Rammah, a retired brigadier and general, said: "They deducted from salaries, nutrition, fuel and housing, nothing is left for us. This country does not respect its martyrs, fighters and retirees."
Retired soldier Maroun, who was also among the protesters, stated: "We have rights that they have taken from us and we are here to demand our rights, and we do not want anything else."
Roads leading to the parliament building were reportedly blocked due to the protest.
Over the past months, military veterans protested on several occasions any cuts that would affect their pensions.
The Lebanese government is currently debating the draft budget that envisages significant cuts aiming to reduce the deficit. According to reports, the 2019 budget is expected to be approved this week.
Video ID: 20190716-023
Video on Demand:
Contact: [email protected]
Twitter:
Facebook: 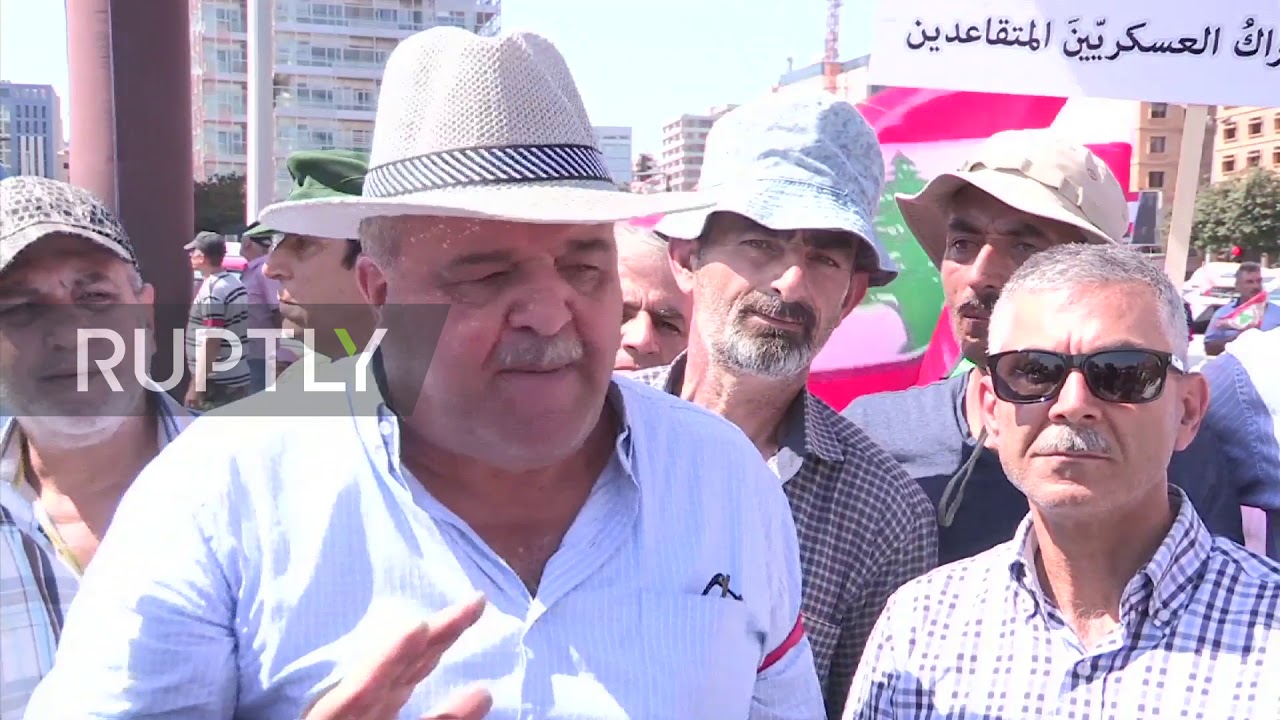 Subscribe to our channel! rupt.ly/subscribeRetired military veterans hit the streets of central Beirut on Tuesday to protest against possible pension ...