admin
Subscribe to our channel! rupt.ly/subscribe
Police attempted to disperse demonstrators, including veterans from Lebanon's military and security forces, with a water cannon as clashes broke out at an anti-austerity protest in Beirut on Monday.
Security forces faced off the protesters, in an attempt to block their progression towards the Grand Serail, where the headquarters of Lebanon's Prime Minister is located.
The confrontations coincided with the cabinet's 16th session to discuss an austerity budget.
Demonstrators, who included both military veterans and school teachers, had rallied in fear of budget cuts.
The Lebanese government is currently debating a draft budget that envisages significant cuts aiming to reduce the deficit to around eight percent of this year's GDP.
Last year the Lebanese government received offers and pledges of significant international funding during the Cedre conference in Paris, but many of these funds are linked to the country achieving significant reductions in its financial deficit which is currently one of the highest in the world.
Video ID: 20190520-022
Video on Demand:
Contact: [email protected]
Twitter:
Facebook: 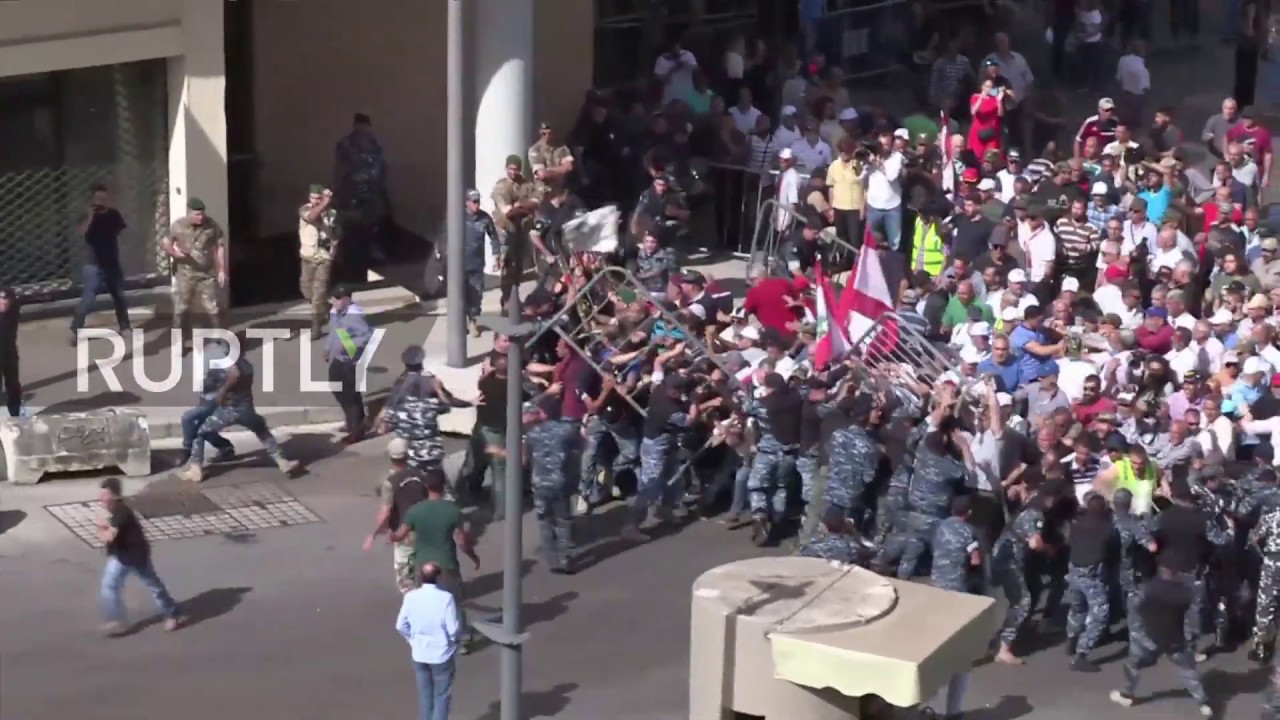 Subscribe to our channel! rupt.ly/subscribePolice attempted to disperse demonstrators, including veterans from Lebanon's military and security forces,...