Added 9 months ago by admin
12 Views
Subscribe to our channel! rupt.ly/subscribe
Demonstrators, including retired military personnel, protested against possible pension cuts blockading the Central Bank building in Beirut, on Monday.
"All that we want is to leave us our income," said veteran Mofid Younous.
Another protester, also retired from the military, addressed the government saying: "We will not allow you to oblige the Lebanese citizen to lose their trust in the military establishment."
Protesters also blocked the main road outside the Central Bank's headquarters, in the Hamra neighbourhood.
Media report that the Central Bank is operating normally despite the blockade.
The Lebanese government is currently debating over the draft budget that envisages significant cuts aiming to reduce the deficit to around eight percent of this year's GDP.
Veterans have been protesting any cuts affecting their pensions for the past several weeks.
Video ID: 20190513-014
Video on Demand:
Contact: [email protected]
Twitter:
Facebook: 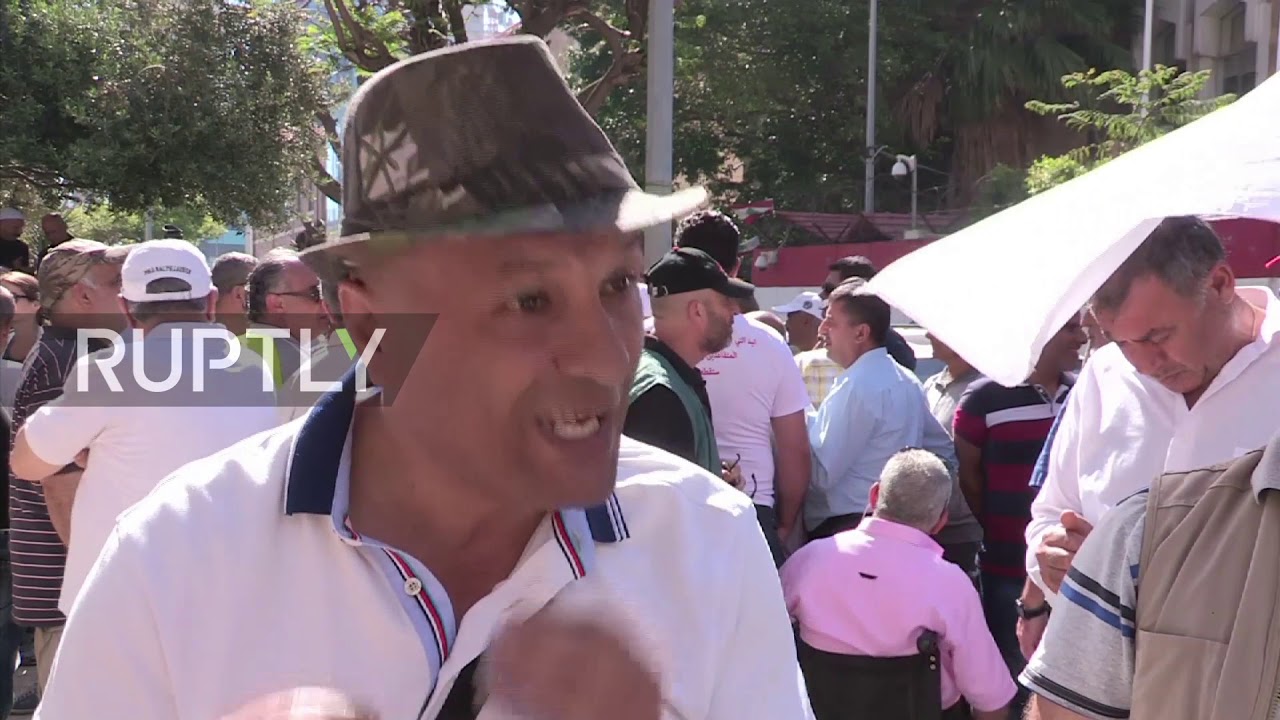 Subscribe to our channel! rupt.ly/subscribeDemonstrators, including retired military personnel, protested against possible pension cuts blockading the...