Lebanon: Concrete barriers set up in front of Government Palace

admin
Subscribe to our channel! rupt.ly/subscribe
New concrete barriers were set up in front of the Grand Serail in Beirut, which was the site of recent clashes, as footage filmed on Sunday shows.
The walls were reportedly erected by security forces in Riad al-Solh Square to prevent protesters from accessing the Government Palace.
Inscriptions reading “A copy of Berlin wall” or “This is not Palestine” covered some parts of the concrete barriers.
"How are we supposed to have a dialogue if you build walls between us, I feel as if we are in an occupied country by some enemy like the Zionists, that's what I feel and we call this the walls of shame," said Soha, a resident.
Another local said "we are not sheep, we are human beings, we have rights and we want it, whether you like that or not. No matter how many walls you build, the walls will not be able to silence us or suppress us. We will take our rights even if that takes some time."
On Saturday, tensions escalated as clashes occurred between the police and anti-government protesters. Security forces fired water cannons and tear gas in an attempt to disperse demonstrators.
Video ID: 20200126-019
Video on Demand:
Contact: [email protected]
Twitter:
Facebook:

Lebanon: Concrete barriers set up in front of Government Palace 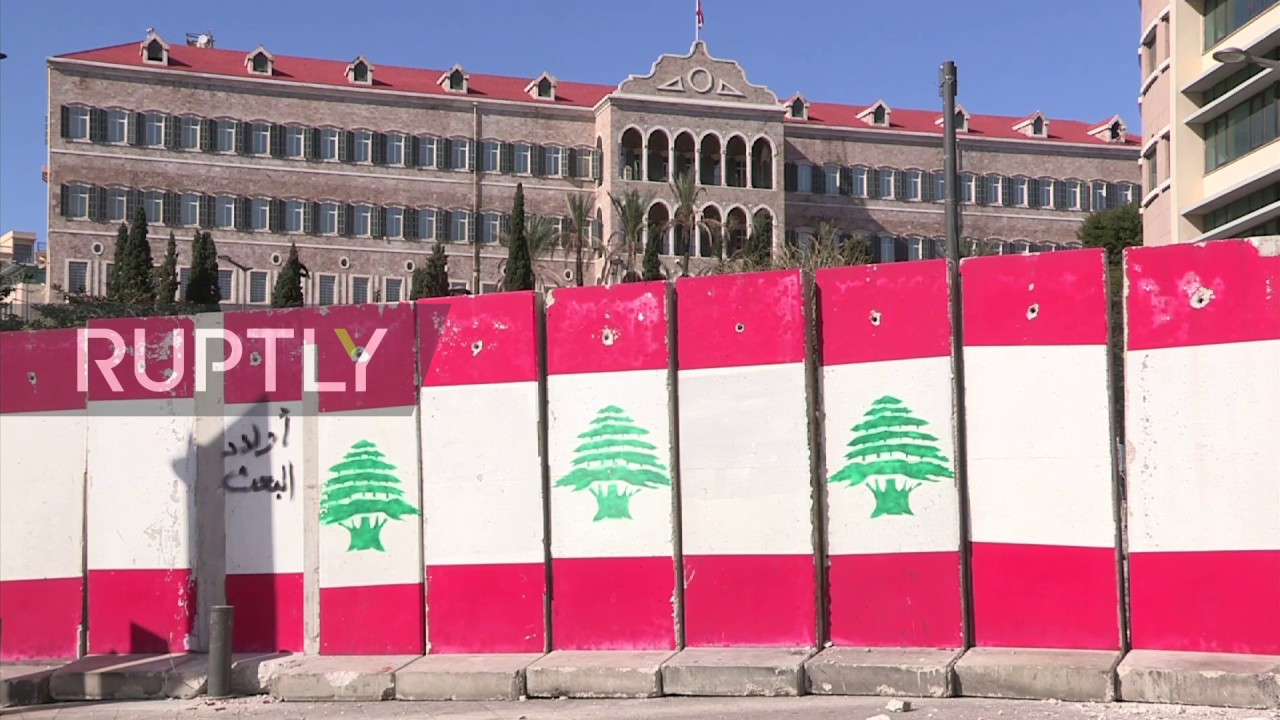 Subscribe to our channel! rupt.ly/subscribeNew concrete barriers were set up in front of the Grand Serail in Beirut, which was the site of recent clas...