Added 1 week ago by admin
23 Views
NASA's fleet of satellites has been watching over Earth for more than half a century, collecting valuable data about the crops that make up our food supply and the water it takes to grow them. This wealth of information allows scientists to monitor farmland — tracking the overall food supply, where specific crops are grown, and how much water it takes to grow them with data from the Landsat satellites and others. And with that data, farmers can find new ways to grow more crops with less water.
The Landsat Program is a series of Earth-observing satellite missions jointly managed by NASA and the U.S. Geological Survey (USGS). Landsat satellites have been consistently gathering data about our planet since 1972. They continue to improve and expand this unparalleled record of Earth's changing landscapes for the benefit of all.
Music credit: “'Lines of Enquiry'"by Theo Golding [PRS], published by Atmosphere Music [PRS] available from Universal Production Music
Credit: NASA's Goddard Space Flight Center
Matthew R. Radcliff (USRA): Lead Producer
Aaron E. Lepsch (ADNET): Technical Support
Sofie L. Bates (Intern): Producer
Jeffrey Masek (NASA/GSFC): Scientist
Sofie L. Bates (Intern): Editor
This video is public domain and along with other supporting visualizations can be downloaded from NASA Goddard's Scientific Visualization Studio at:
If you liked this video, subscribe to the NASA Goddard YouTube channel:
Follow NASA’s Goddard Space Flight Center
· Instagram
· Twitter
· Twitter
· Facebook:
· Flickr 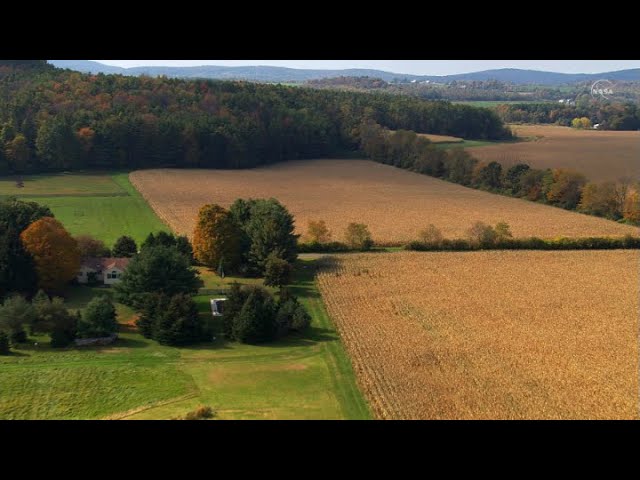 NASA's fleet of satellites has been watching over Earth for more than half a century, collecting valuable data about the crops that make up our food s...