Wong, 23, was the only candidate in district council elections last year to have been disqualified, with authorities saying his candidacy contravened electoral laws that bar "advocating or promoting self-determination."

He became an international figure after leading protests as a teenager in 2012 and 2014, and was also among 12 opposition candidates recently disqualified from running in elections for seats in the city's legislature.
Wong's longtime colleague, Agnes Chow, and two other activists were among those arrested, local media reported.

Police conducted searches of Next Magazine and Apple Daily Monday, carrying out boxes of evidence.

The security law punishes anything China considers subversion, secession, terrorism and collusion with foreign forces with up to life in prison. Critics say it crushes freedoms, while supporters say it will bring stability after prolonged pro-democracy protests last year. 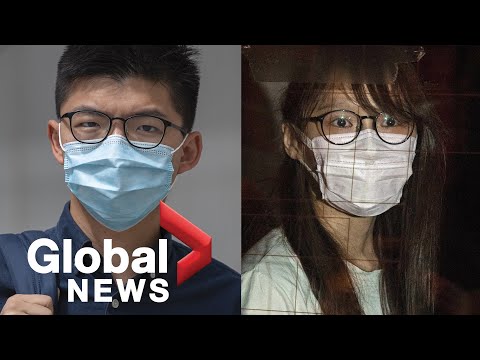