Added 6 months ago by admin
17 Views
In a significant milestone for India's Moon mission, ISRO fired Chandrayaan 2's liquid engine on Tuesday to successfully insert the spacecraft into a lunar orbit. The Indian space agency ISRO on Tuesday in a tweet said "Lunar Orbit Insertion (LOI) of #Chandrayaan2 maneuver was completed successfully today (August 20, 2019). The duration of maneuver was 1738 seconds beginning from 0902 hrs IST." Following this, a series of orbit maneuvers will be performed on Chandrayaan-2 spacecraft to enable it to enter its final orbit passing over the lunar poles at a distance of about 100 km from the Moon’s surface.
#Chandrayaan2 #InsertionInMoonOrbit
To Subscribe our YouTube channel here: 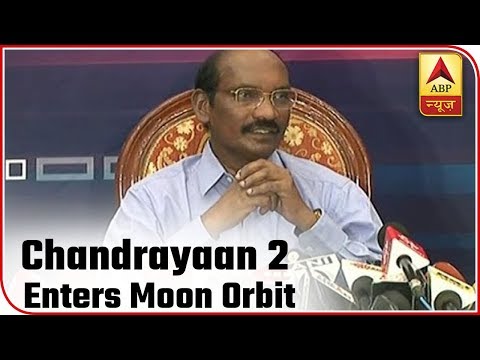 In a significant milestone for India's Moon mission, ISRO fired Chandrayaan 2's liquid engine on Tuesday to successfully insert the spacecraft into a ...