Added 8 months ago by admin
16 Views
Subscribe to our channel! rupt.ly/subscribe
Thousands of Iranians took to the streets of Tehran on Friday, for an annual Quds Day march in solidarity with Palestine, where they burned Israel flags and an effigy of US President Donald Trump.
Footage also shows protesters burning a puppet of a spider, representing Israel and some Western countries.
"It is so embarrassing that a few Arab rulers, in order to achieve their purposes and save themselves, have this illusion that if they stay on the side of Netanyahu, then they will be able to achieve their dreams," said Iranian Foreign Minister Javad Zarif.
"Netanyahu has not been able to even support Israel with his iron dome so how can he support these countries?" added Zarif.
Known as Quds Day, which in Arabic means the Day of Jerusalem, the march takes place each year on the last Friday of the holy month of Ramadan and has drawn massive crowds since it was introduced in 1979 by the late Supreme Leader of Iran Ayatollah Khomeini.
Video ID: 20190531-030
Video on Demand:
Contact: [email protected]
Twitter:
Facebook: 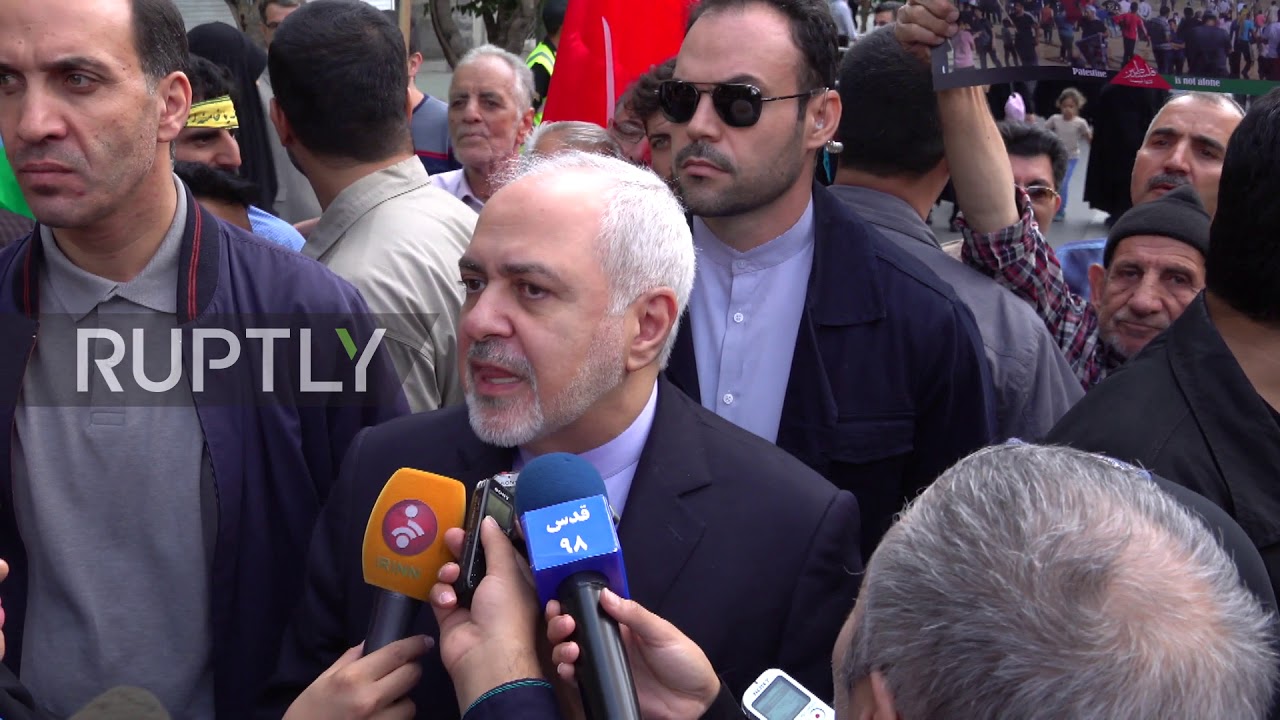 Subscribe to our channel! rupt.ly/subscribeThousands of Iranians took to the streets of Tehran on Friday, for an annual Quds Day march in solidarity w...