In 1977, NASA launched the two Voyager space probes from Cape Canaveral in Florida. Their mission was supposed to last for 5 years and take them on a journey to explore Jupiter and Saturn. They kept going past Uranus and Neptune and continued onwards, away from the Sun. 36 years later, Voyager 1 is now 18 billion kilometres from Earth. It's by far the furthest a manmade object has ever travelled. In fact, some scientists believe Voyager 1 is now entering interstellar space, where the influence of the Milky Way takes over from the Sun's gravitational pull. Ray Martin was at Cape Canaveral when the Voyager probes were first launched and he's just been back to NASA's Jet Propulsion Laboratory to see how they're travelling!

For forty years, 60 Minutes have been telling Australians the world’s greatest stories. Tales that changed history, our nation and our lives. Reporters Liz Hayes, Tom Steinfort, Tara Brown, Liam Bartlett and Sarah Abo look past the headlines because there is always a bigger picture. Sundays are for 60 Minutes. 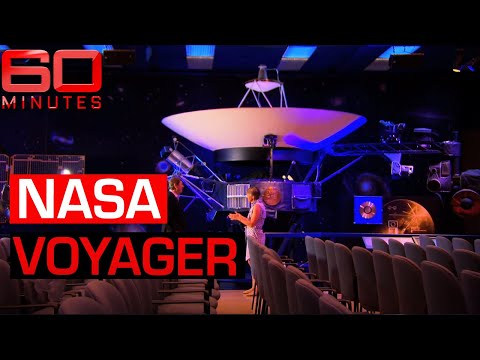