Added 10 months ago by admin
16 Views
Subscribe to our channel! rupt.ly/subscribe
Protesters rallied against the recent US decision to designate the Islamic Revolutionary Guards Corps (IRGC) as a terror organisation, in Kargil on Wednesday.
Demonstrators carried banners with slogans such as "we condemn USA [for] declaring IRGC terrorist org" and later on burned an effigy of US President Donald Trump.
On Monday, US Secretary of State Mike Pompeo announced the US decision to put Iran's IRGC military forces, itself an official branch of the Iranian Armed Forces, on its list of terror groups.
"This is nothing but frustration of Donald Trump, frustration of America, frustration of the president of America," said a protester.
Tehran responded to Washington's decision by designating the US military as a terrorist organisation, according to Iranian state TV, as cited in media reports.
Video ID: 20190410-023
Video on Demand:
Contact: [email protected]
Twitter:
Facebook: 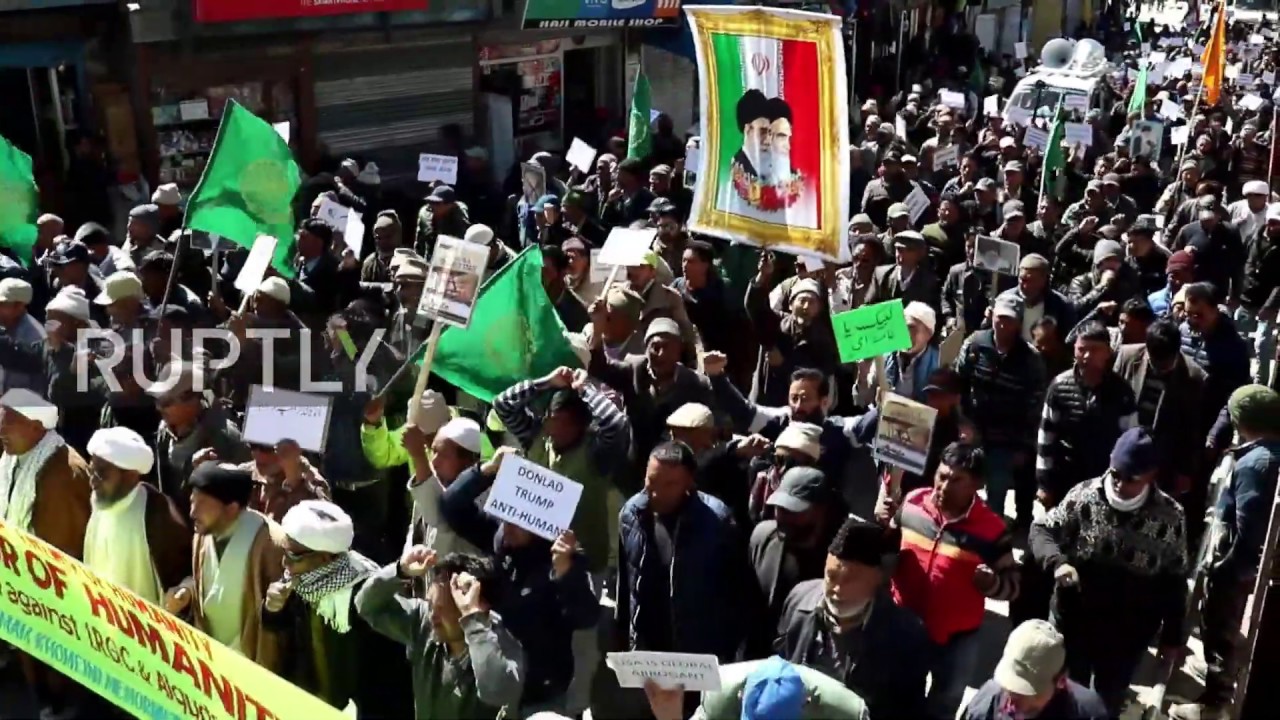 Subscribe to our channel! rupt.ly/subscribeProtesters rallied against the recent US decision to designate the Islamic Revolutionary Guards Corps (IRGC...