Added 2 months ago by admin
13 Views
Subscribe to our channel! rupt.ly/subscribe
Locals expressed frustration with the government's response to the recent deadly factory fire in New Delhi on Monday as another fire broke out in the same building.
Sandeep Suri, who lives close-by to the factory, described a cycle of similar issues, saying "when something happens like this then the new one comes." He described dissatisfaction with the government, saying "when it comes to action, they do nothing."
Local shop owner Kasim Kamali called on the government to financially support the families of the victims, saying it would be "really helpful" for the relatives.
The fire broke out in a four-storey building near Sadar Bazaar, the largest and busiest market in the Indian capital. According to reports, more than 100 people were sleeping inside the complex at the outbreak of the fire around 05:00 local time on Sunday (23:30 GMT Saturday). The fire reportedly took almost three hours to extinguish as the firefighters had difficulties accessing the site because of the area's many narrow alleyways with kilometres of electrical wire.
Indian Prime Minister Narendra Modi called the fire "extremely horrific" on Twitter. "My thoughts are with those who lost their loved ones. Wishing the injured a quick recovery," he wrote, adding "Authorities are providing all possible assistance at the site of the tragedy."
Video ID: 20191209-045
Video on Demand:
Contact: [email protected]
Twitter:
Facebook: 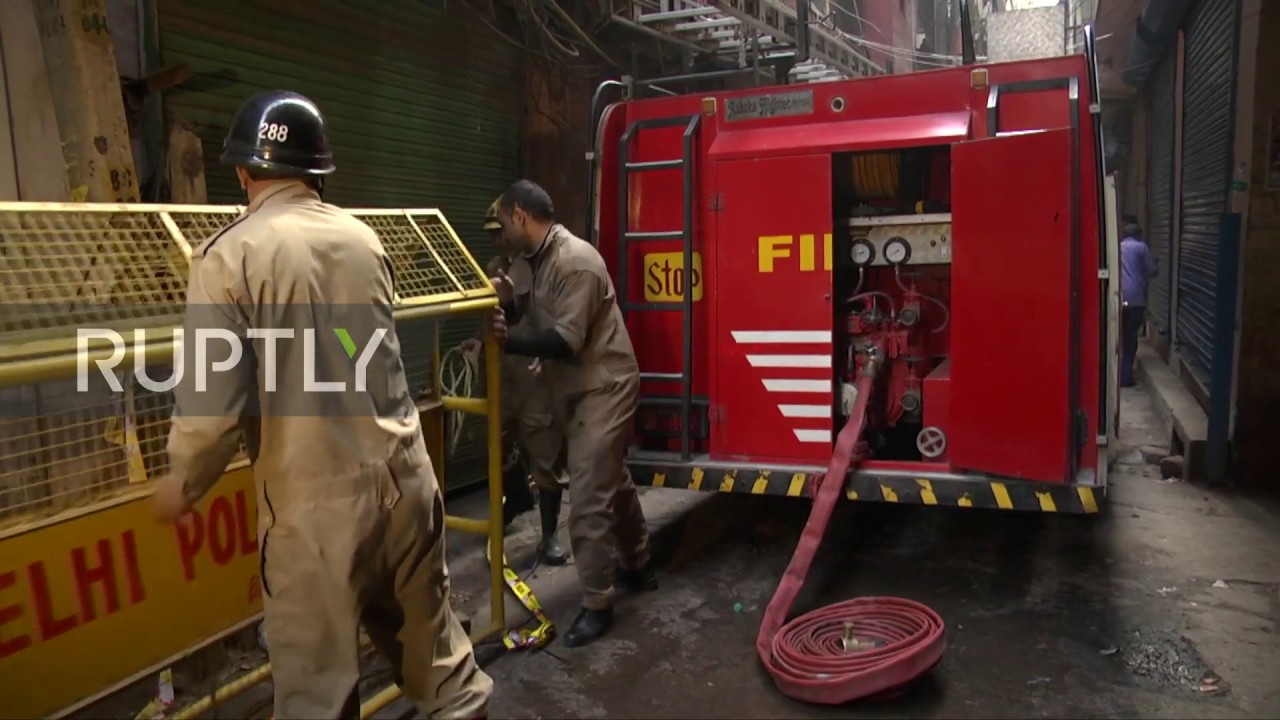 Subscribe to our channel! rupt.ly/subscribeLocals expressed frustration with the government's response to the recent deadly factory fire in New Delhi ...