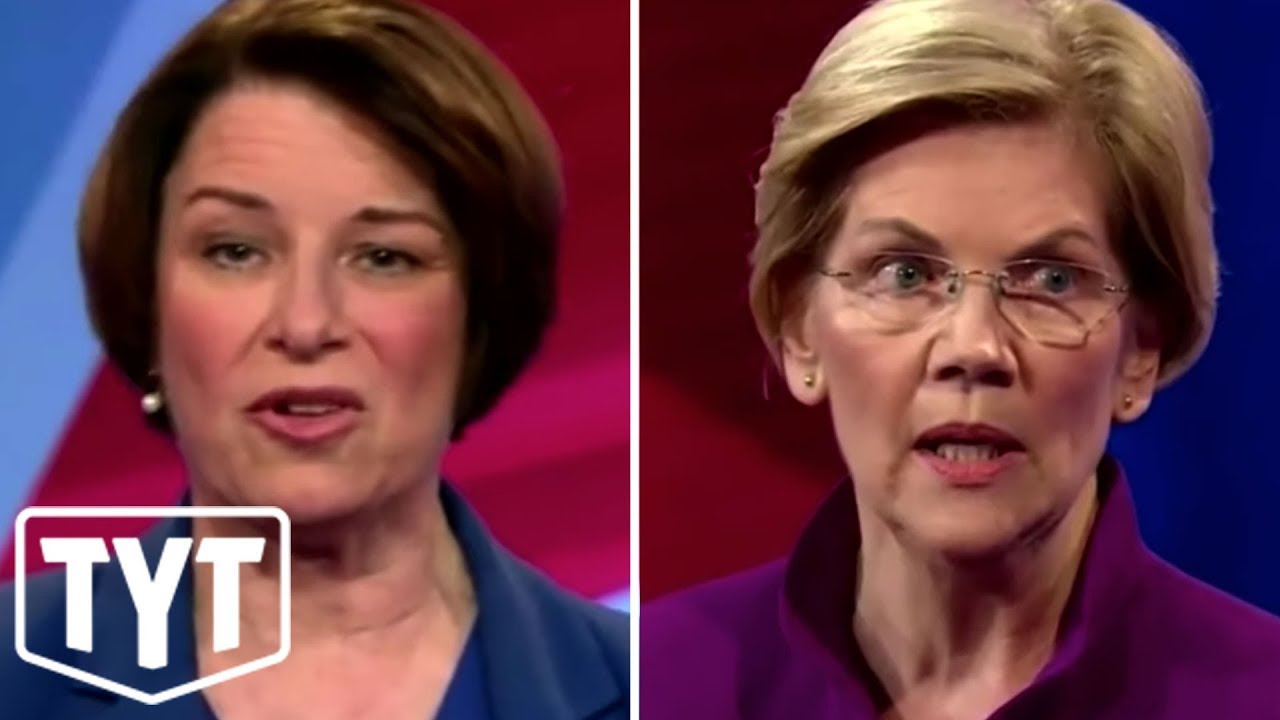 2020 Democratic Candidates Amy Klobuchar and Elizabeth Warren are asked whether or not Trump should be impeached. Ana Kasparian, John Iadarola, Cenk U...