ICC Should Take Steps Which It Considers Is Necessary: Kapil Dev | ABP News

Added 8 months ago by admin
24 Views
Former Indian captain Kapil Dev reacting on controversy over Mahendra Singh Dhoni's bade on his wicket keeping gloves.During India's opening World Cup game against South Africa in Southampton, Dhoni's green keeping gloves had a dagger logo embossed, which looked more like an Army insignia."The BCCI had already sent a formal request to the ICC for clearance. As per ICC regulations, players can't sport any commercial, religious or military logo. There was nothing commercial or religious in this regard as we all know," Rai told PTI over phone.
#KapilDev #MSDhoni #GloveControversy
To Subscribe our YouTube channel here:
Download ABP App for Apple:
Download ABP App for Android:
About Channel:
ABP News is a news hub which provides you with the comprehensive up-to-date news coverage from all over India and World. Get the latest top stories, current affairs, sports, business, entertainment, politics, astrology, spirituality, and many more here only on ABP News.
ABP News is a popular Hindi News Channel made its debut as STAR News in March 2004 and was rebranded to ABP News from 1st June 2012.
The vision of the channel is 'Aapko Rakhe Aagey' -the promise of keeping each individual ahead and informed. ABP News is best defined as a responsible channel with a fair and balanced approach that combines prompt reporting with insightful analysis of news and current affairs.
ABP News maintains the repute of being a people's channel. Its cutting-edge formats, state-of-the-art newsrooms commands the attention of 48 million Indians weekly.
Watch Live on
ABP Hindi:
ABP English:
Social Media Handles:
Instagram:
Facebook ABP News (English):
Facebook:
Twitter:

ICC Should Take Steps Which It Considers Is Necessary: Kapil Dev | ABP News 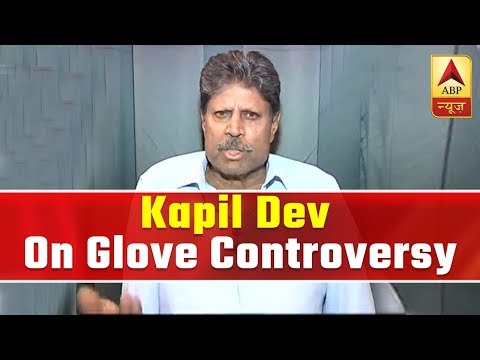