admin
NASA rover driver and robotics technologist Dr. Vandi Verma explains the behind-the-scenes of operating Mars spacecraft from Earth, as well as three big changes to expect with the Mars 2020 rover.
How NASA Built the Fastest Spacecraft Ever -
Read More
The Space Roboticist: Dr. Vandi Verma
She loves her day-to-day responsibility for the machine. “You definitely don’t want to be the one who drove the rover off a cliff! But I find it energizing rather than stressful. You’re completely focused.” Although human spacefaring has stalled, Verma says the spirit of exploration is alive and well in space robots. “I am happy to be working in robotics, pushing the envelope on space exploration,” Verma says. “We have reached Mars, our neighboring planet. We’ve have only just begun.”
NASA Announces Landing Site for Mars 2020 Rover
"The rover mission is scheduled to launch in July 2020 as NASA’s next step in exploration of the Red Planet. It will not only seek signs of ancient habitable conditions – and past microbial life -- but the rover also will collect rock and soil samples and store them in a cache on the planet's surface. NASA and ESA (European Space Agency) are studying future mission concepts to retrieve the samples and return them to Earth, so this landing site sets the stage for the next decade of Mars exploration."
Mars Helicopter to Fly on NASA’s Next Red Planet Rover Mission
"The helicopter also contains built-in capabilities needed for operation at Mars, including solar cells to charge its lithium-ion batteries, and a heating mechanism to keep it warm through the cold Martian nights. But before the helicopter can fly at Mars it has to get there. It will do so attached to the belly pan of the Mars 2020 rover."
____________________
Science In The Extremes ventures to the ends of the earth to bring you pioneering research and innovations that are advancing our civilization and broadening our understanding of the universe. Follow intrepid researchers as they plunge into the deepest parts of the ocean, trek across the arctic tundra, and explore the cosmos, because being a scientist isn’t just about being in the lab.
Seeker explains every aspect of our world through a lens of science, inspiring a new generation of curious minds who want to know how today’s discoveries in science, math, engineering and technology are impacting our lives and shaping our future. Our stories parse meaning from the noise in a world of rapidly changing information.
Visit the Seeker website
Subscribe now!
Seeker on Twitter
Seeker on Facebook
Science in the Extremes on Facebook
Seeker 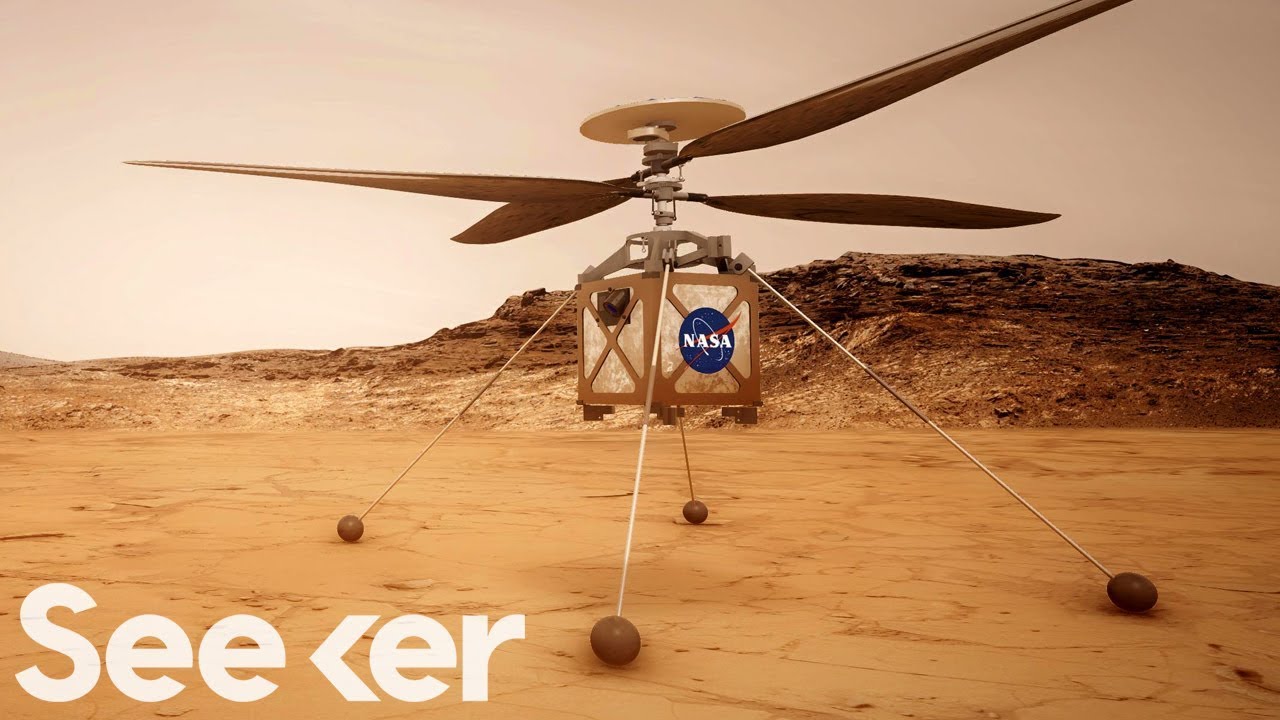 NASA rover driver and robotics technologist Dr. Vandi Verma explains the behind-the-scenes of operating Mars spacecraft from Earth, as well as three b...