Hong Kong: Protesters clean up streets after clashes with police

admin
Subscribe to our channel! rupt.ly/subscribe
Protesters were seen clearing barricades and cleaning streets as well as retrieving stunt device debris after police retreated following violent clashes in Hong Kong on Thursday.
"We do not want to destroy our home, we just want to protect it. So I think cleaning it is what [we should] do," stated a protester while cleaning Tai Koo Shing district near the local Mass Transit Station.
"Usually if there is someone cleaning, I will help because I believe this is our hometown and we have to make it clean, as clean as possible. What we have done, we have to clean it up, yeas. Although we have done it for a right, we have done it for right but we have to clean it up," another protester said.
A series of protests in eight different locations were called to decry the shooting and charging of 18-year-old Tsang Chi-kin, shot in his left lung, just three centimeters from his heart. The student was shot by a policeman on October 1 using a live round from a short distance. The teenager became the first protester to be shot by police since the beginning of the demonstrations in June.
The young protester, still undergoing treatment at the hospital, was charged with police assault and rioting only two days after being shot.
Video ID: 20191003-062
Video on Demand:
Contact: [email protected]
Twitter:
Facebook:

Hong Kong: Protesters clean up streets after clashes with police 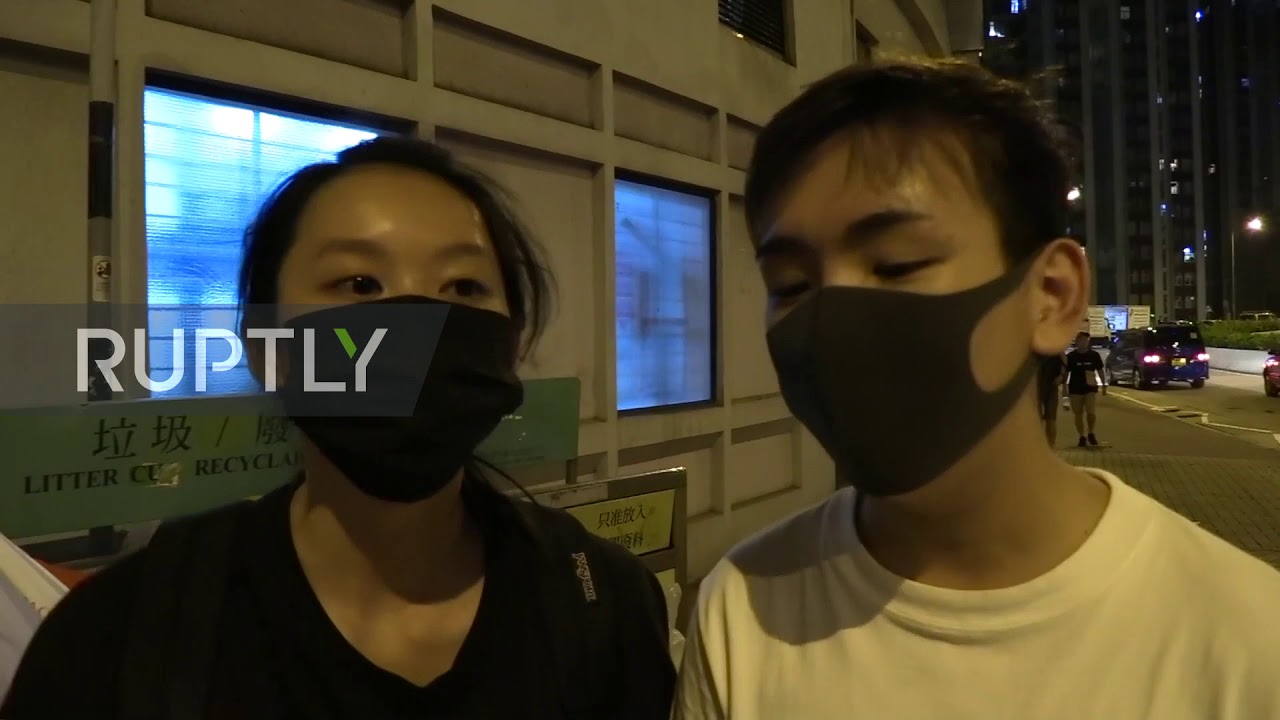 Subscribe to our channel! rupt.ly/subscribeProtesters were seen clearing barricades and cleaning streets as well as retrieving stunt device debris aft...