admin
Subscribe to our channel! rupt.ly/subscribe
A protest that started peacefully inside Hong Kong's City Plaza Mall in Tai Koo escalated as police unleashed tear gas on protesters on Thursday.
Protesters smashed security cameras and windows of the MTR station after police deployed pepper spray, supposedly trying to prevent further protests.
After a long standoff between police and the protesters and rounds of tear gas being fired, the police retreated to the MTR station leaving the location using special trains. On the way to the subway station, a police officer was seen harassing journalists.
A series of protests in eight different locations were called to decry the shooting and charging of 18-year-old Tsang Chi-kin, shot in his left lung, just three centimeters from his heart. The student was shot by a policeman on October 1 using a live round from a short distance. The teenager became the first protester to be shot by police since the beginning of the demonstrations in June.
The young protester, still undergoing treatment at the hospital, was charged with police assault and rioting only two days after being shot.
Video ID: 20191003-058
Video on Demand:
Contact: [email protected]
Twitter:
Facebook: 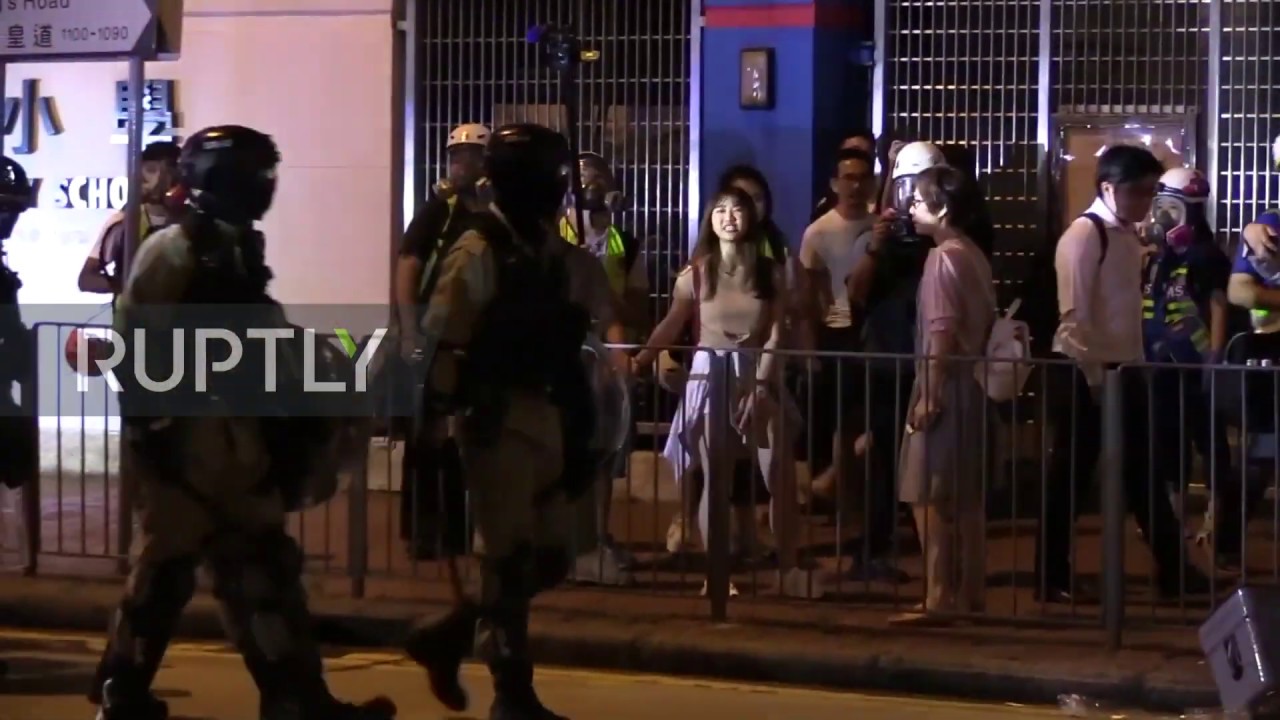