Hong Kong and the Uighurs: How far will China go? | UpFront (Full)

admin
In this episode of UpFront, we ask Beijing-based commentator Victor Gao about the protests in Hong Kong and challenge him on China's mass detention of Uighur Muslims in Xinjiang.
And in our Arena, Omar Shakir and Eugene Kontorovich debate the US policy reversal on illegal Israeli settlements in the occupied West Bank.
Hong Kong protests: Are police using excessive force?
The US ramped up the pressure on Hong Kong this week over its handling of anti-government protests that have dragged on for months in the self-governing Chinese territory.
Congress passed two bills aimed at supporting protesters; they include measures that would allow for sanctions against officials responsible for human rights abuses in Hong Kong. The move infuriated China, which warned of "strong countermeasures" if US President Donald Trump signed off on the bill.
The protests, which began in June, have become progressively violent. The UN human rights office said it was concerned that some demonstrators were resorting to extreme violence, but it has also questioned the use of excessive police force.
Human Rights Watch and Amnesty International have also raised concerns over police handling of the crisis.
Victor Gao, vice president of the Center for China and Globalization, says Hong Kong protects the right of people to protest, but that there are criminals among the demonstrators.
"They [the police] have a job to do, they need to do whatever they can, allowed by the law, to bring law and order back to Hong Kong," Gao said.
"Hong Kong police compared with their counterparts in many other cities in the world are very well disciplined, very civilised, if I may use that word. And I don't think they use excessive force," he added.
When asked about China's actions in Xinjiang province, where it is believed up to three million Uighur Muslims have been imprisoned in so-called "reeducation camps" Gao said he supports the government's measures.
"I support all the legal measures adopted by the Chinese Government under Chinese law, in order to fight against terrorism," Gao said.
Rights groups say China is conducting a mass, systematic campaign of human rights violations against Xinjiang's Muslims.
This week's Headliner is China commentator and former interpreter to President Deng Xiaoping, Victor Gao.
US policy on Israeli settlements: What's the legal basis?
US Secretary of State Mike Pompeo announced this week that the US no longer considers settlements in the occupied West Bank illegal, reversing 40 years of American policy.
Pompeo said the decision was made after "carefully studying all sides of the legal debate".
According to several United Nations Security Council resolutions, the most recent in 2016, Israeli settlements are illegal under international law as they violate the Fourth Geneva Convention, which prohibits an occupying power from transferring its population to the area it occupies.
Omar Shakir, director of Human Rights Watch in Israel and Palestine, says the Trump administration cannot erase decades of established international law.
"There is consensus outside of this Israeli government, and outside of the Trump administration, that settlements are illegal. It is as uncontroversial to say settlements are illegal as it is to say that torture is illegal. It is black-and-white international law," Shakir said.
Eugene Kontorovich, an international law professor at George Mason University Scalia Law School and the Israeli think-tank Kohelet Policy Forum, says settlements are not illegal because you can only occupy the territory of another country.
"In 1967, when Israel retook the West Bank, it was not Jordanian territory. Jordan was not the sovereign. It was not - there was no Palestinian state, it's not occupation," Kontorovich said.
In this week's Arena, we discuss the US policy reversal on Israeli settlements in the occupied West Bank.
- Subscribe to our channel:
- Follow us on Twitter:
- Find us on Facebook:
- Check our website:

Hong Kong and the Uighurs: How far will China go? | UpFront (Full) 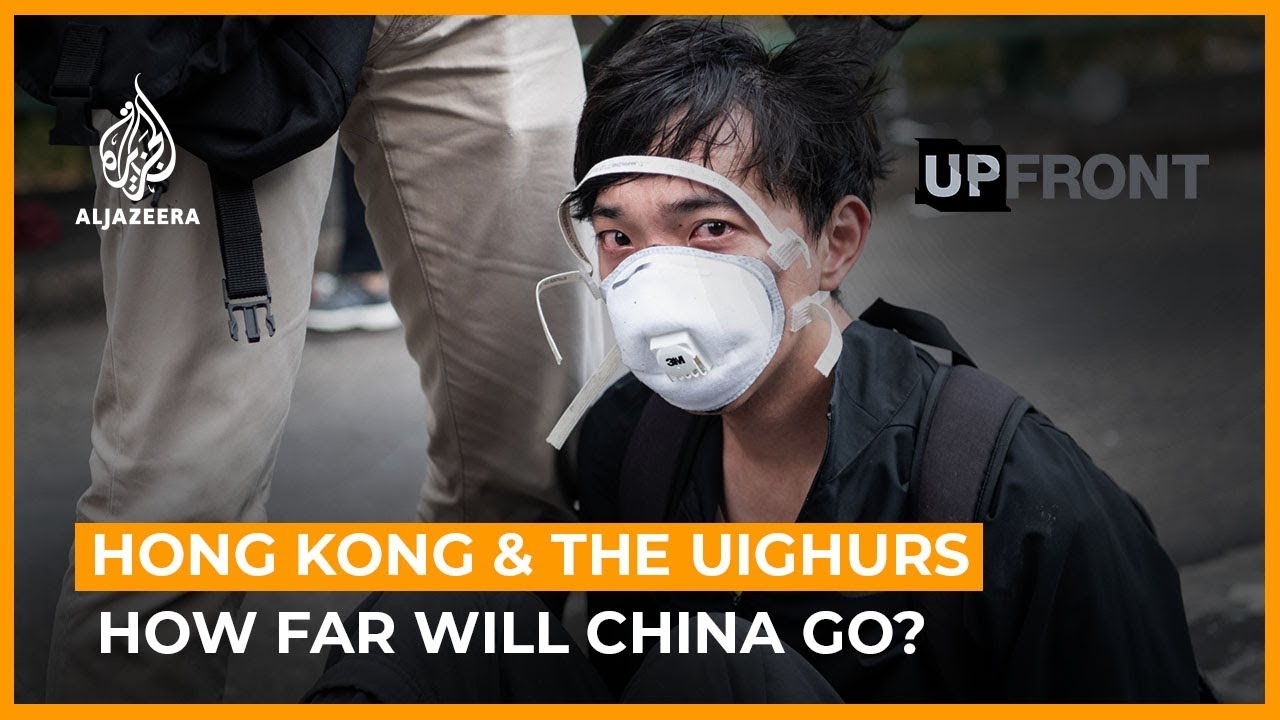 In this episode of UpFront, we ask Beijing-based commentator Victor Gao about the protests in Hong Kong and challenge him on China's mass detention of...