Added 2 months ago by admin
20 Views
Subscribe to our channel! rupt.ly/subscribe
Mandatory Credit: AMNA
Greek Foreign Minister Nikos Dendias announced the expulsion of Libyan Ambassador to Athens Mohamed Younis A.B. Menfi from Greece, giving Menfi 72 hours to leave the country during a press conference from the Foreign Ministry in Athens, Friday. Footage shows the Libyan Ambassador to Athens arriving to the Foreign Ministry before being informed of the decision to expel him from the country.
"It is with great sadness that I announce to you that this morning the Libyan Ambassador in Athens was called to the Ministry [of Foreign Affairs], where he was briefed about the decision to expel him. He was given 72 hours to leave the country," announced Dendias.
"The decision to expel him is an expression of the dissatisfaction of the Greek government with the government in Tripoli. It was taken after the Libyan side did not respond to the conditions we had set," the Greek Foreign Minister added.
The decision to expel the Libyan Ambassador was taken after Libya signed an accord with Turkey on November 27, mapping out a maritime boundary between both countries in the Mediterranean, close to the Greek island of Crete. Athens views the accord as an "infringement on its sovereignty" that could complicate its decades-old disputes with Turkey over Cyprus and maritime rights in the Aegean Sea.
According to Greek media sources, Athens has sent military reinforcements to its naval base in Crete.
Mandatory Credit: AMNA
Video ID: 20191206-024
Video on Demand:
Contact: [email protected]
Twitter:
Facebook: 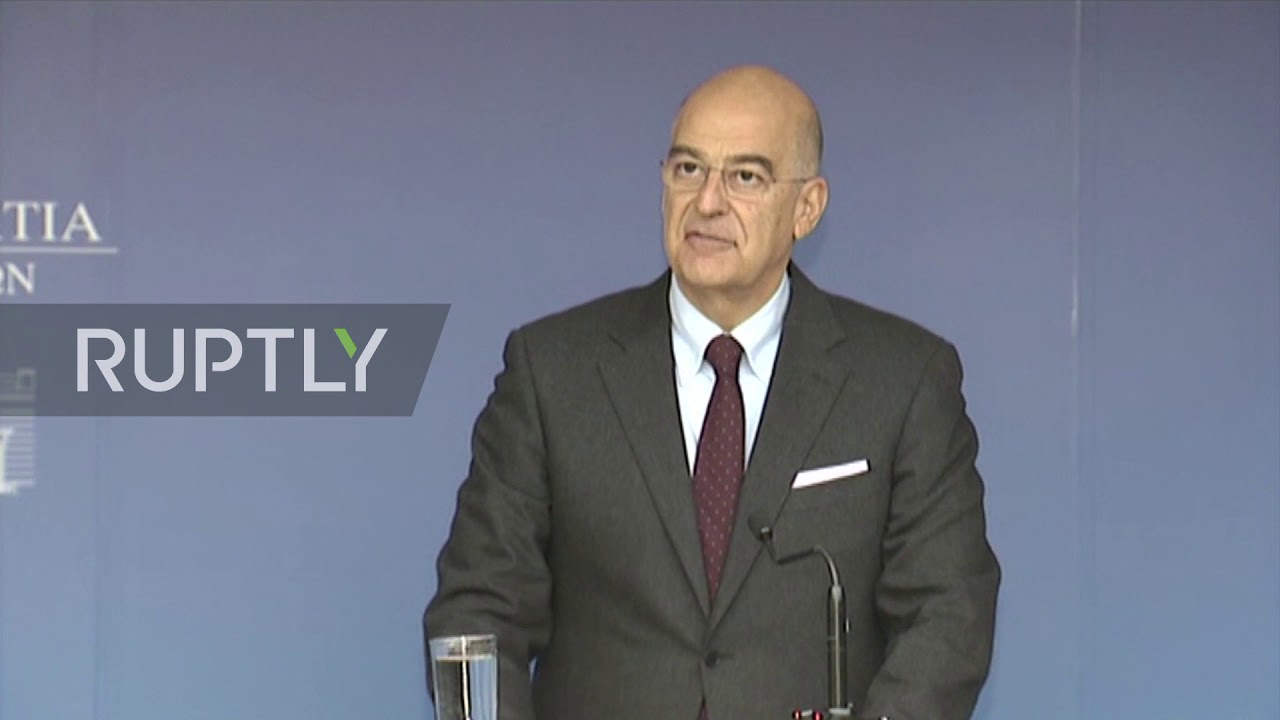