admin
Subscribe to our channel! rupt.ly/subscribe
Christian Democratic Union Leader Annegret Kramp-Karrenbauer said she wants to ensure that young Europeans have “all the opportunities of this world” during a Pulse of Europe rally in Berlin on Sunday, ahead of upcoming European elections.
Kramp-Karrenbauer, who recently became party leader after German Chancellor Angela Merkel announced her resignation from the position, highlighted the importance of preserving chances for young people at the rally of the pro-EU and anti-nationist citizen’s initiative.
“This is the gift that we have received from our parents, our grandparents, that is the commitment, we are standing by, we are fighting for that, especially now until the 26th of May,” she said.
Pulse of Europe was founded in 2016 to encourage a pan-European identity and combat Euroscepticism and rising nationalism.
The elections for the European Parliament will take place in Germany on the 26th of May.
Video ID: 20190505-043
Video on Demand:
Contact: [email protected]
Twitter:
Facebook: 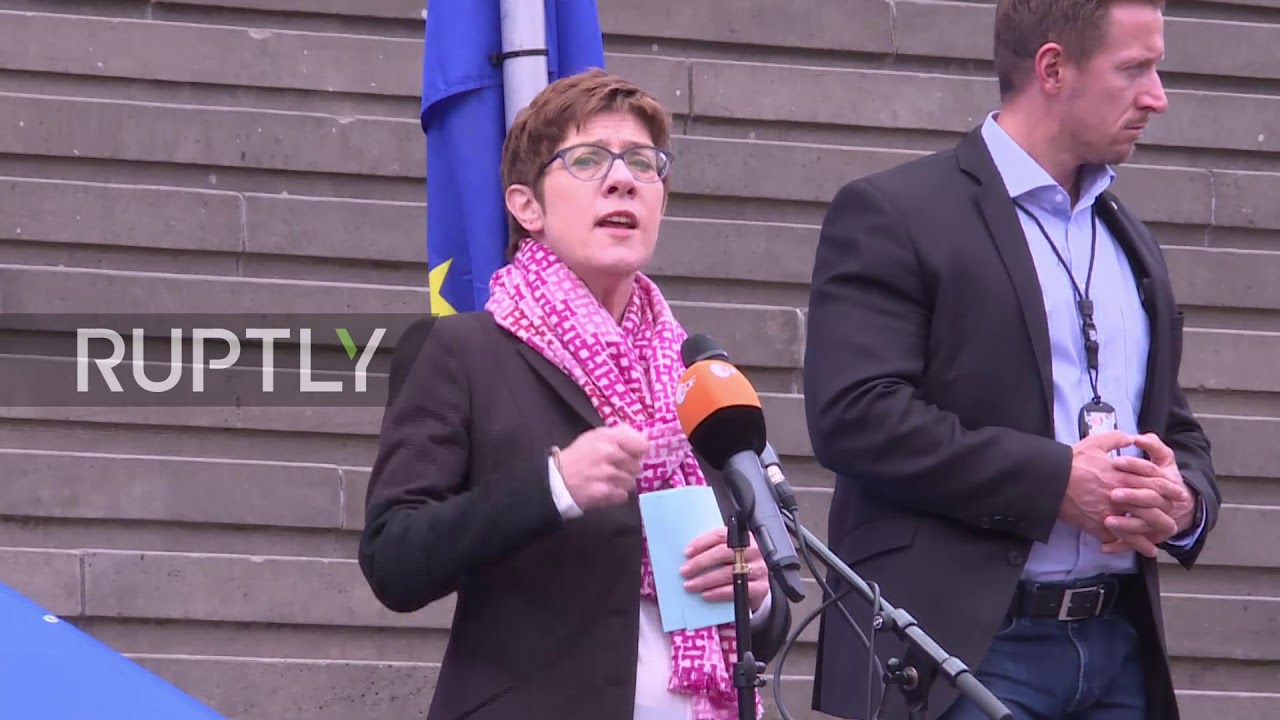