admin
As the Washington and Beijing work to resolve their differences, Vice President Mike Pence delivers remarks about the future of the US-China relationship. RT America’s Faran Fronczak has the latest (1:31). The Washington, DC city council has announced that it will not schedule a vote on a controversial bill that would allow adults to buy and sell sex in the nation’s capital. In the US, sex work is currently only legal at licensed brothels in several Nevada counties. RT America’s Brigida Santos reports from Las Vegas (4:51). For 70 days, Indian-administrated Kashmir endured a military lock down and communications blackout, leaving millions of people in the dark. Mobile phone service has been restored, but not internet or mainline phones. The vote count is now being finalized in an election being boycotted by many. RT America’s Julie Varughese discusses the instability in the region (14:22).
#QuestionMore #RTAmerica #InQuestionRT
Find RT America in your area:
Or watch us online:
Like us on Facebook
Follow us on Twitter 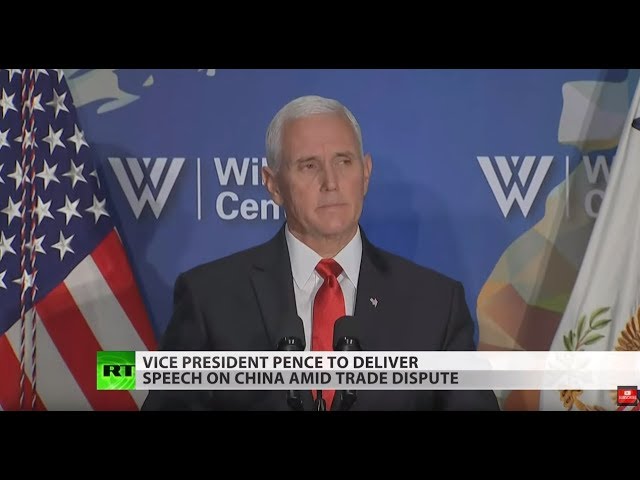 As the Washington and Beijing work to resolve their differences, Vice President Mike Pence delivers remarks about the future of the US-China relations...