admin
In a a massive setback for the Bharatiya Janata Party, Maharashtra Chief Minister Devendra Fadnavis on Tuesday quit, hours after Deputy Chief Minister Ajit Pawar also submitted his resignation, barely 80 hours after they were sworn in on Nov. 23 early morning. He said that he would go to the Governor soon after the press conference and submit his resignation.
#DevendraFadnavis #MaharashtraPoliticalCrisis #ABPNewsLive
To Subscribe our YouTube channel here: 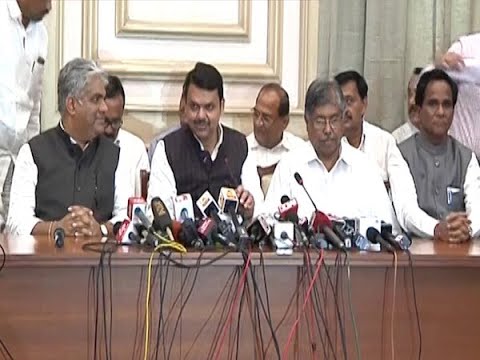 In a a massive setback for the Bharatiya Janata Party, Maharashtra Chief Minister Devendra Fadnavis on Tuesday quit, hours after Deputy Chief Minister...