admin
Subscribe to our channel! rupt.ly/subscribe
Two players from the US Women's National Team (USWNT) Tobin Heath and Samantha Mewis held a press conference in Paris on Wednesday ahead of their quarterfinal clash against France.
In response to criticism leveled at the Americans that they are arrogant and over-confident, Mewis said that the team "could be a lot more arrogant than they are with how good they are, but I haven't really heard that. I actually credit our team for being very humble."
The two players were excited about the prospect of facing the hosts in the the quarter-finals.
"This is the kind of game that makes World Cups so exciting," said Heath. "It's a privilege to play in the host country, in the host nation, because it's so much bigger and those are the types of games we love."
The quarter-final match up will see the tournament favourites, the USA, taken on the World Cup hosts, France, at Parc des Princes in Paris on Friday.
Video ID: 20190626-027
Video on Demand:
Contact: [email protected]
Twitter:
Facebook: 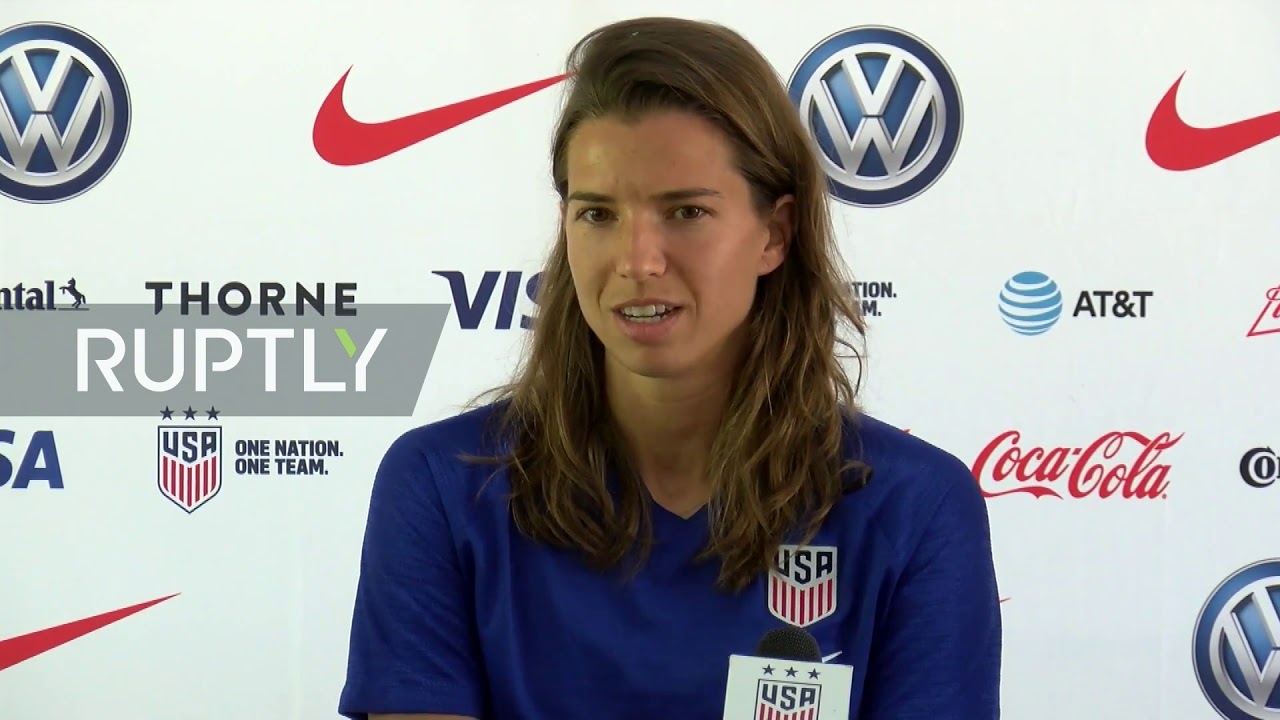 Subscribe to our channel! rupt.ly/subscribeTwo players from the US Women's National Team (USWNT) Tobin Heath and Samantha Mewis held a press conferenc...