Added 2 months ago by admin
6 Views
Subscribe to our channel! rupt.ly/subscribe
Riot police used tear gas, stun grenades and flash balls on protesters who celebrated the one-year anniversary of the Yellow Vest demonstrations in Lyon on Saturday.
Around 1,000 protesters gathered despite a ban on any protest in three different areas of the city, including the city centre. The march started at 14:00 local time (13:00 GMT) at Place Bellecour, as scheduled.
Footage shows heavily clad riot police throwing the gas canisters and charging towards protesters.
Protesters sang 'Happy Birthday,' as one Yellow Vest attendee, Thierry, confirmed they will "go on," because "they don’t listen."
Another protester, Alain, celebrated being on the streets for a year as an "historic day in all the cities of France. We are here to change this society."
Video ID: 20191116-041
Video on Demand:
Contact: [email protected]
Twitter:
Facebook: 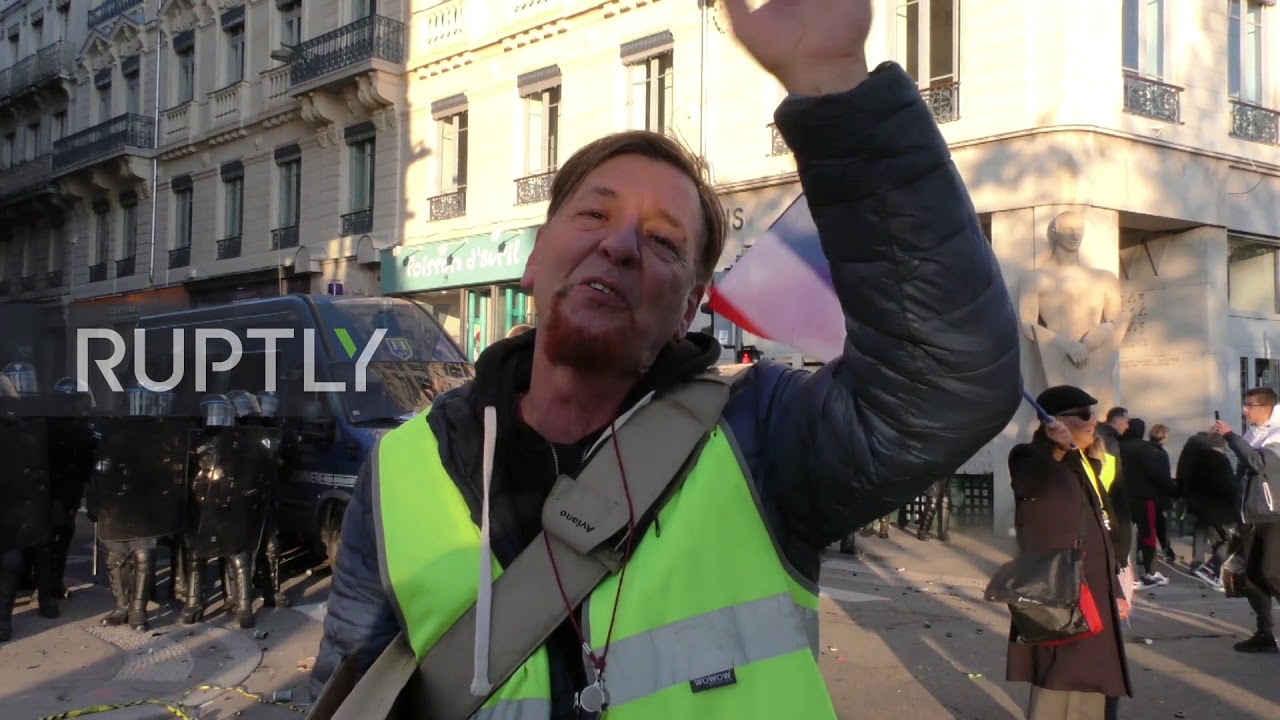