France: 'It's not what we wanted' – Dissatisfied Yellow Vests regroup in Paris

admin
Subscribe to our channel! rupt.ly/subscribe
'Yellow Vest' protests returned to Paris on Saturday for a fifth consecutive weekend of demonstrations.
The number of demonstrators was down from last week with the French Interior Ministry estimating only 2,200 protesters in the French capital, compared to 10,000 last weekend.
Protesters explained that they consider French President Emanuel Macron’s concessions a mere means of appeasement in order to "pacify" them while the tax hikes remain on the table.
"Unfortunately it is [Emmanuel Macron’s concessions to 'Yellow Vest' protesters] just to pacify us, it’s not what we wanted, he has given us very few things."
For another protester, the people "ought to do a referendum, overthrow the President and that way it will be the people who will be voting."
"The government gave 100 euros to those who receive the minimum wage, it is useless," he added.
The 'Yellow Vest' protests were initially motivated by the announcement of fuel tax hikes, but the movement has evolved into an expression of general anger at high costs of living, poverty and inequality in the country.
French President Emmanuel Macron announced several measures designed to appease protesters last week, including an increase to the minimum wage. The authorities have also appealed for the demonstrations to end in light of the recent terror attack in Strasbourg.
Video ID: 20181215 011
Video on Demand:
Contact: [email protected]
Twitter:
Facebook:

France: 'It's not what we wanted' – Dissatisfied Yellow Vests regroup in Paris 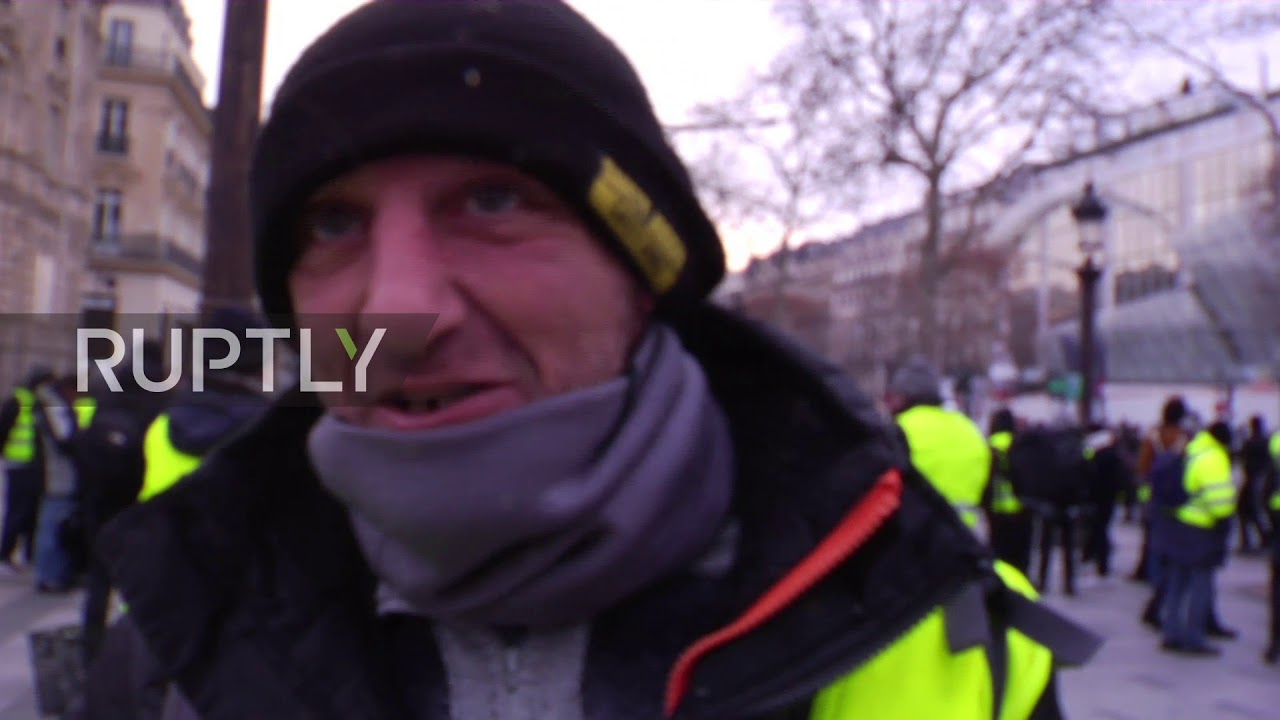 Subscribe to our channel! rupt.ly/subscribe'Yellow Vest' protests returned to Paris on Saturday for a fifth consecutive weekend of demonstrations.The ...