admin
Film 'Total Dhamaal' starring Madhuri Dixit, Anil Kapoor, Ajay Devgn, Ritesh Deshmukh, Arshad Warsi, Boman Irani among others is a comedy film, the third installment in the 'Dhamaal' series. The film's story is weak and screenplay is clumsy. The movie should be watched for plain entertainment and the comedy aspect and nothing more should be expected out of it. We rate it 2.5 stars. (Audio in Hindi)
NDTV is one of the leaders in the production and broadcasting of un-biased and comprehensive news and entertainment programmes in India and abroad. NDTV delivers reliable information across all platforms: TV, Internet and Mobile.
Subscribe for more videos:
Like us on Facebook:
Follow us on Twitter:
Download the NDTV Apps:
Watch more videos: 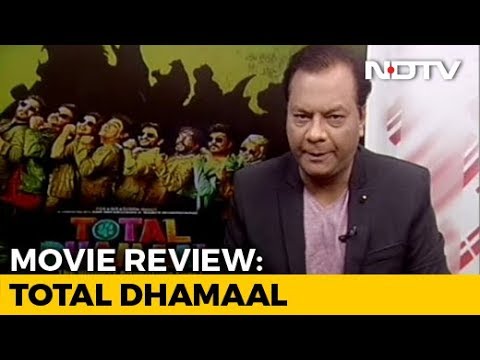