ava
Register to win an e-scooter from our friends at Aspiration and ZOOM electric! Head to https://TYT.com/GreenSummer to enter today.

"The Department of Homeland Security has compiled “intelligence reports” about the work of American journalists covering protests in Portland, Ore., in what current and former officials called an alarming use of a government system meant to share information about suspected terrorists and violent actors.

Over the past week, the department’s Office of Intelligence and Analysis has disseminated three Open Source Intelligence Reports to federal law enforcement agencies and others, summarizing tweets written by two journalists — a reporter for the New York Times and the editor in chief of the blog Lawfare — and noting they had published leaked, unclassified documents about DHS operations in Portland. The intelligence reports, obtained by The Washington Post, include written descriptions and images of the tweets and the number of times they had been liked or retweeted by others.

After The Post published a story online Thursday evening detailing the department’s practices, the acting homeland security secretary, Chad Wolf, ordered the intelligence office to stop collecting information on journalists and announced an investigation into the matter." 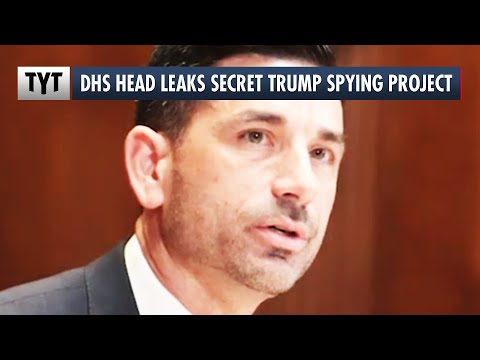 Register to win an e-scooter from our friends at Aspiration and ZOOM electric! Head to https://TYT.com/GreenSummer to enter today. The federal governm...