He took the test, his fourth, on Monday after developing symptoms, including a high temperature.

Mr Bolsonaro has repeatedly played down the risks posed by the virus, calling it "a little flu" and saying that he would not be seriously affected by it.

He has also urged regional governors to ease lockdowns, which he says hurt the economy, and on Monday he watered down regulations on wearing face masks.

Mr Bolsonaro made the announcement in a TV interview on Tuesday. He said the fever he had been experiencing had gone down and that he felt "very well".

The president said that he had started experiencing symptoms on Sunday. He said he had had a high temperature, a cough and had felt unwell.

He added that on Monday he had felt worse which prompted him to take the coronavirus test. 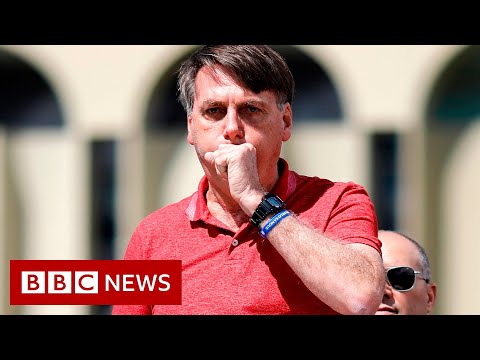 Brazil's President Jair Bolsonaro has tested positive for coronavirus. He took the test, his fourth, on Monday after developing symptoms, including a ...