admin
Tanks and other military vehicles rolled through the centre of Beijing on Saturday as China's armed forces prepared for a huge parade to celebrate the 70th anniversary of the Communist revolution.
The city's main central highway was closed to traffic and pedestrians amid an operation to put the vehicles into position ahead of the parade, which takes place on 1 October.
The event will be part of a huge ceremony on Tiananmen Square to mark the founding of the People's Republic of China on 1 October 1949, when Mao Zedong declared Communist rule after defeating Chiang Kai-shek's Nationalist army.
President Xi Jinping will deliver a speech at the ceremony, and more than 100,000 people will take part in what is described as "mass pageantry."
Organisers have said the parade will be the largest for many years - larger than ones held on the 50th and 60th anniversaries of the revolution, or the parade in 2015 to mark the 70th anniversary of the end of World War II.
RT LIVE
Check out
RT News: On-air livestream 24/7 (HD)
Subscribe to RT!
Like us on Facebook
Follow us on VK
Follow us on Twitter
Follow us on Instagram
Follow us on Soundcloud
#RT (Russia Today) is a global #news network broadcasting from Moscow and Washington studios. RT is the first news channel to break the 1 billion YouTube views benchmark. 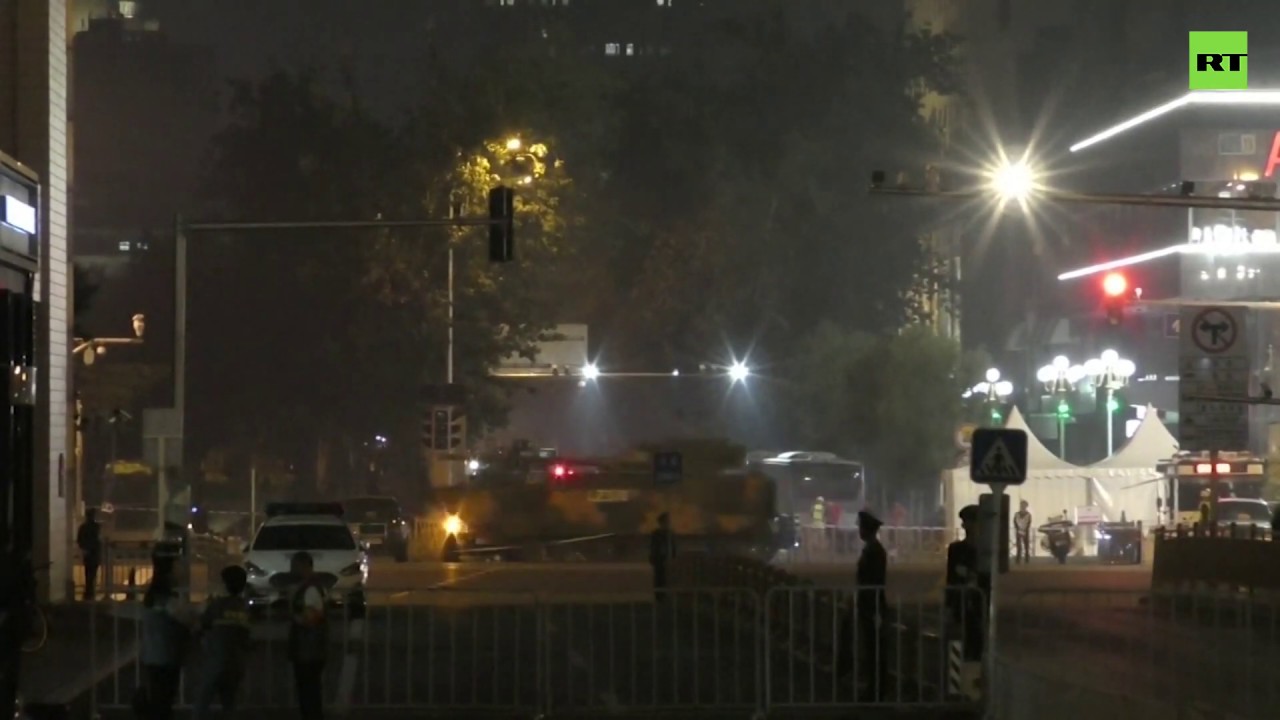 Tanks and other military vehicles rolled through the centre of Beijing on Saturday as China's armed forces prepared for a huge parade to celebrate the...