ava
Canadian federal party leaders spoke out on Tuesday in the House of Commons, condemning the vehicle attack that occurred in London, Ont., on Sunday evening leaving four members of a Muslim family dead and a child injured in hospital. Police say they believe was targeted due to the family's faith.

Prime Minister Justin Trudeau called the tragedy a "terrorist attack" and called on leaders to stand up to racism and terror and for Canadians to stand together "to embrace what makes our country strong - our diversity."

Conservative Party Leader Erin O'Toole said they grieve for the family and that Canadians need to find a solution, to "strive to learn and be better. The Canada of his future needs to be better than the Canada of Sunday evening," referring to the child in hospital.

NDP Leader Jagmeet Singh responded to public comments by some who said the attack was "not our Canada," affirming "this is our Canada. We can't deny it. We can't reject that because it does no one any help." He went on to say Muslims he's spoken to are wondering "how many more lives will it take" before people do something in response.

Police say the family members were killed when a 20-year-old driving a pickup truck jumped a curb and struck them. Police believe the family was targeted because of their faith. 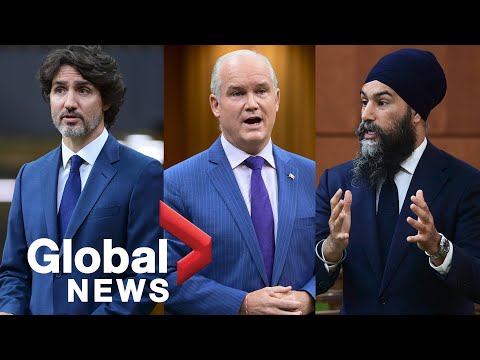 Canadian federal party leaders spoke out on Tuesday in the House of Commons, condemning the vehicle attack that occurred in London, Ont., on Sunday ev...