ava
Buckingham Palace said Thursday that Prince Andrew resigned his royal patronages and military titles and will defend himself in a sex abuse case pending against him in the United States as a private citizen.

"With The Queen's approval and agreement, The Duke of York’s military affiliations and Royal patronages have been returned to The Queen," a palace statement said.

The British veterans asked that the queen do so as a result of the reputational damage caused by the prince's association with Jeffrey Epstein, the late financier and prolific sex trafficker and abuser of young women.

Why is Prnce Andrew facing a sex abuse lawsuit?
Virginia Giuffre, an American woman, alleges Epstein trafficked her to Prince Andrew when she was just 17 years old. This month, a US court convicted Epstein's long-time partner Ghislaine Maxwell on sex trafficking charges.

Prince Andrew had attempted to have her case dismissed on the grounds of a settlement deal she signed with Epstein that saw her receive $500,000 in exchange for an agreement that protected those around him. 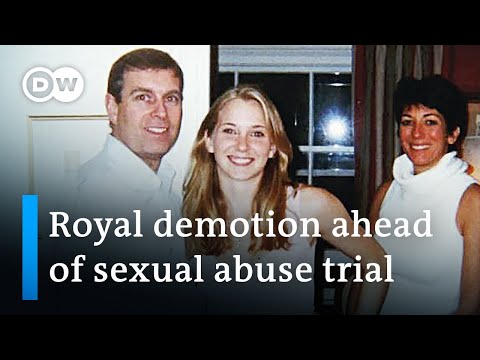 Buckingham Palace said Thursday that Prince Andrew resigned his royal patronages and military titles and will defend himself in a sex abuse case pendi...