"An executive with one of Wall Street’s biggest investment banks said during an April 22 conference call that the cure for low oil prices was “to begin to reopen the economy and increase consumption,” according to audio of the call obtained by The Young Turks.

Supporters of reopening did not address in the call whether they assumed any specific public health precautions. Epidemiologists have warned against allowing non-essential business to reopen without measures such as widespread testing and contact tracing.

One participant on the call who supported reopening the economy has a long record as a climate-change skeptic, and currently lobbies on behalf of a group with its own history of climate-change denial that is backed by the fossil-fuel industry.

Concerns about oil companies driving political decision-making have stoked public ire in the past. "No Blood For Oil," for instance, was a rallying cry against the Iraq War.

Trump on Tuesday told ABC News that “it’s possible” there will be some deaths due to reopening. 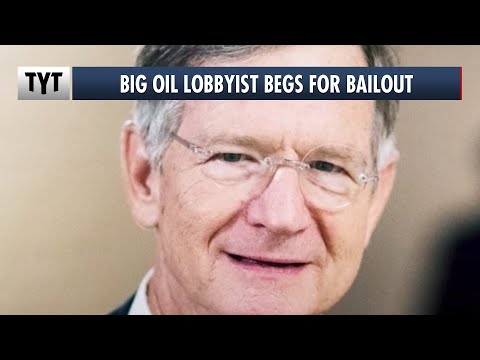 Big Oil doesn’t care about killing Americans, as long as it gets more money. Ana Kasparian and John Iadarola discuss on The Young Turks. Keep Hope (an...