Added 2 months ago by admin
29 Views
Subscribe to our channel! rupt.ly/subscribe
Mandatory credit: Oakbank Balhannah CFS
As deadly fires continued raging across Australia, a firefighter was seen aiding a thirsty Koala in South Australia on Monday.
Footage shows a member of the Oakbank Balhannah fire brigade giving the thirsty marsupial a couple of water bottles during their rescue operations in Cudlee Creek, just northeast of Adelaide city in South West Australia on Monday.
A warning was also issued to the residents to seek shelter as fires were spreading rapidly. At least 9 people were reportedly killed, 2,500 buildings destroyed and 3,700,000 hectares (9,142,899 acres) burnt in the fires in the state in the past months.
Mandatory credit: Oakbank Balhannah CFS
Video ID: 20191223-017
Video on Demand:
Contact: cd@ruptly.tv
Twitter:
Facebook: 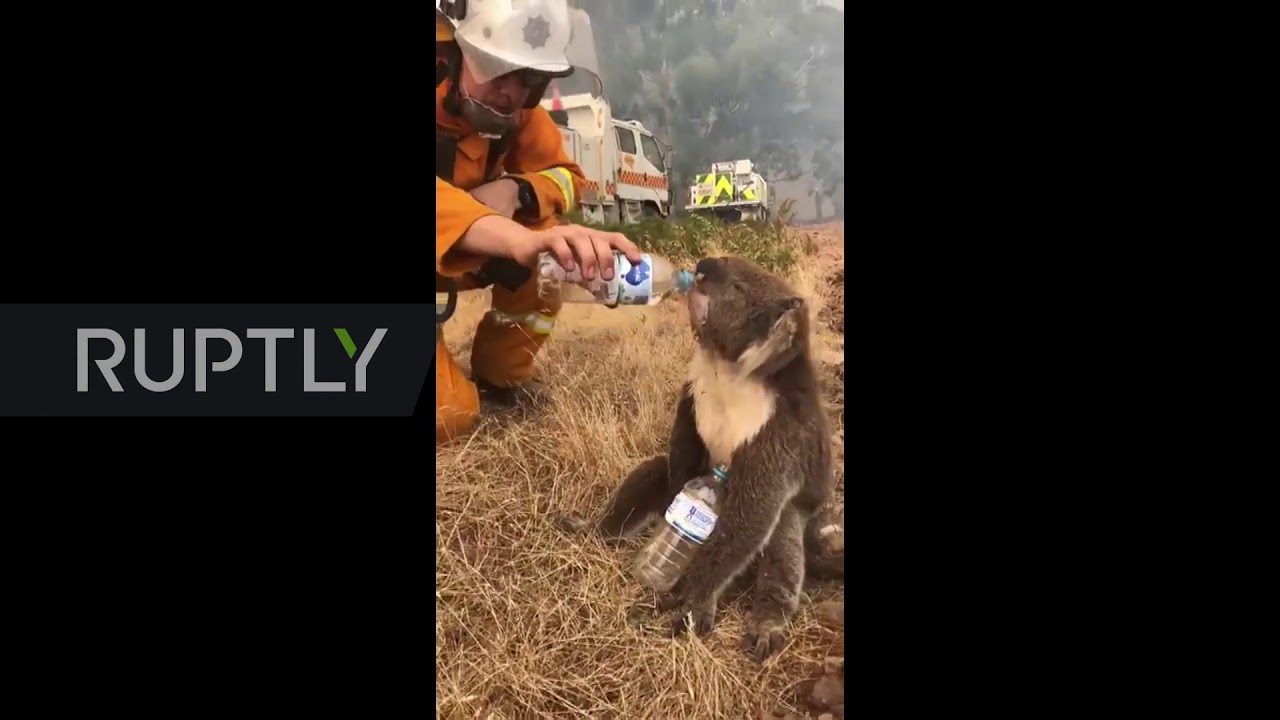