Added 1 month ago by admin
6 Views
Subscribe to our channel! rupt.ly/subscribe
Mandatory Credit: Bill Blair
Footage from Friday shows a koala joey climbing over car seats after being rescued from the ravaging inferno on Kangaroo Island that has claimed the lives of an estimated one billion animals.
The good Samaritan had been filming a documentary about the bushfires when he came across the joey next to his dead mother and picked him up in his shirt and took him in the car. The koala can be seen climbing around, looking out the window to a devastating background and snuggling up in the shirt on the passenger seat.
The koala was driven to a hospital on Kangaroo Island, which took around thirty minutes. The joey is being treated for burnt feet, according to local reports.
Kangaroo Island is renowned for its relatively untouched nature and is home to several species of animals, including endangered species and some found only on the island. Experts fear the bushfires, which began in December and have burned a third of the island, may have wiped out some of these animals entirely.
Mandatory Credit: Bill Blair
Video ID: 20200120-013
Video on Demand:
Contact: [email protected]
Twitter:
Facebook: 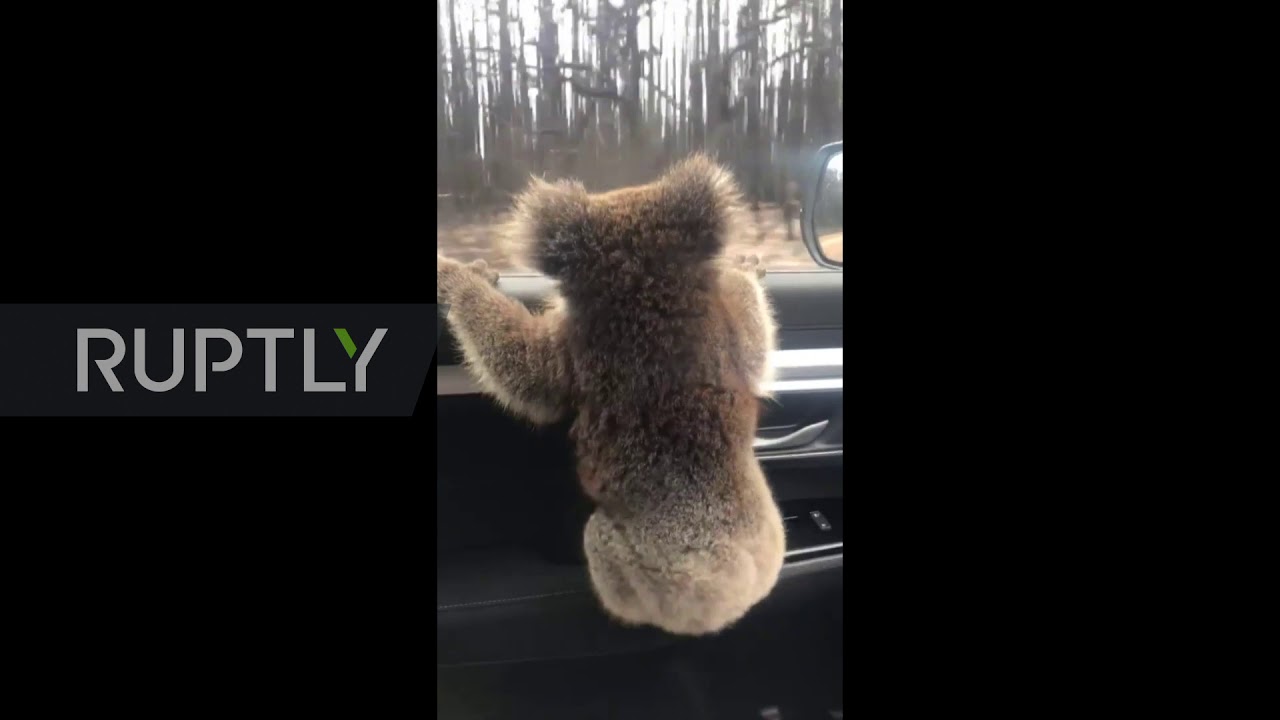 Subscribe to our channel! rupt.ly/subscribeMandatory Credit: Bill BlairFootage from Friday shows a koala joey climbing over car seats after being resc...