admin
Asian leaders meeting in Bangkok are discussing what could become the world's biggest trade deal.
Thailand says the next steps in the proposal backed by China will be made in the coming hours.
There were last-minute doubts about the deal after India raised concerns over cheaper Chinese products.
Al Jazeera's Scott Heidler has more from the summit in Bangkok.
Meanwhile, European Union leaders will press China to deliver on its trade promises at an exhibition in Shanghai this week.
Advisers to French President Emmanuel Macron say there will be a push for China to grant more access to foreign companies.
China is currently the EU's biggest source of imports. It is also the EU's second-biggest export market, after the United States.
China sends mostly machinery, clothing and shoes to the EU, while the EU's main exports to China are industrial goods like cars, planes and other equipment.
On average, it amounts to China and the EU, trading more than ($1.1bn) every day.
Jacques Reland, a senior research fellow at the Global Policy Institute, told Al Jazeera that Macron will be hoping to level the playing field with China.
- Subscribe to our channel:
- Follow us on Twitter:
- Find us on Facebook:
- Check our website:
#AlJazeeraEnglish #ASEAN #Asia #France 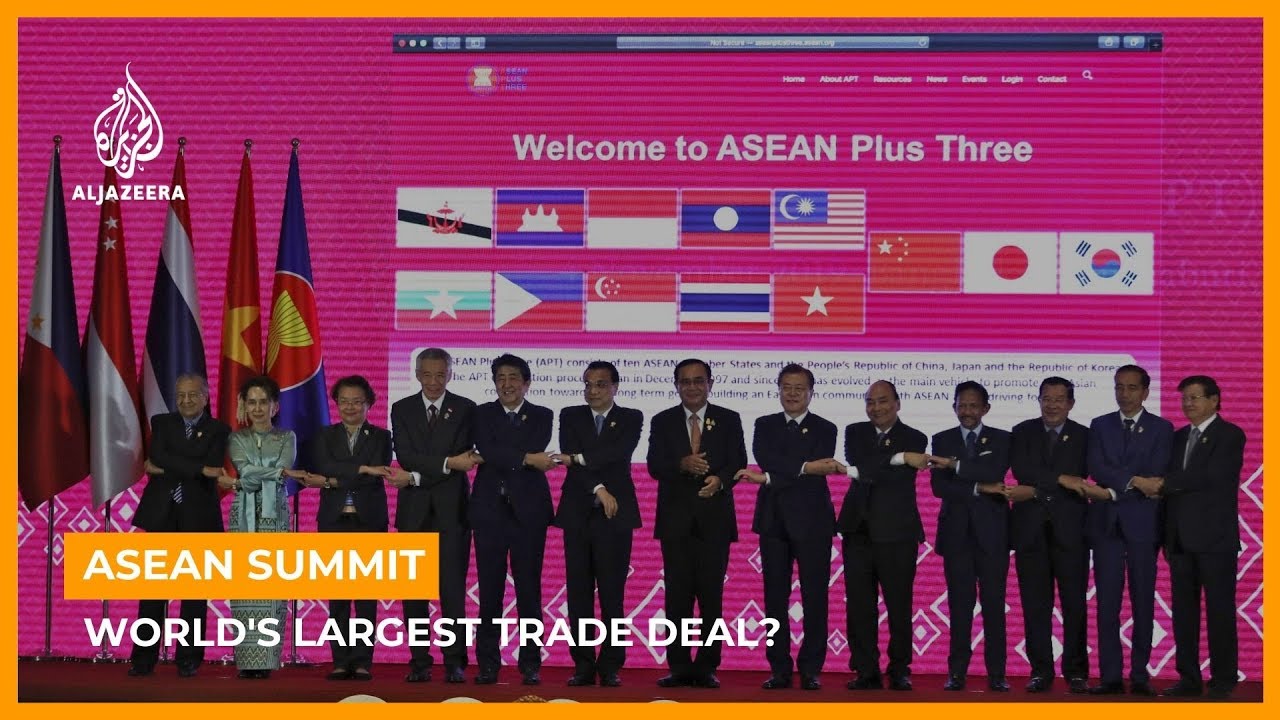 Asian leaders meeting in Bangkok are discussing what could become the world's biggest trade deal.Thailand says the next steps in the proposal backed b...